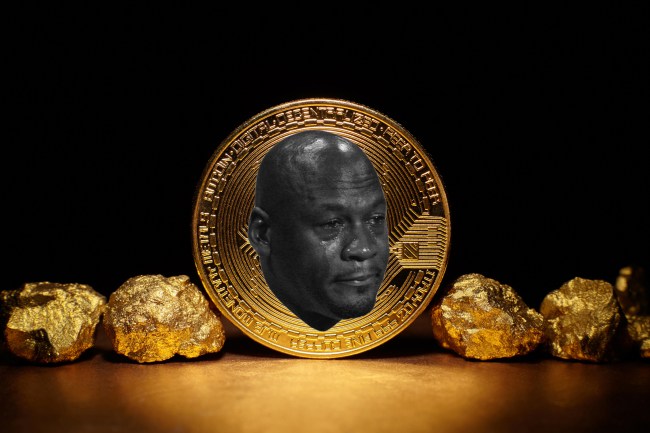 In July of 2018, I left my polarized Ray Bans at Spumoni Gardens pizza joint in Brooklyn and a part of me still hates myself for it, among other mindless mistakes I’ve made in my pathetic excuse for a life.

Now, when I wallow in the depths of self-hatred, I will remind myself that Stefan Thomas exists.

Stefan, as I’m sure you’ve heard by now, lost the password to a thumb drive called IronKey that contains keys to 7,002 bitcoin worth $220 million.

The German-born programmer living in San Francisco has used 8 of the 10 password attempts allowed by the thumb drive, and has come up empty-handed every time: “I would just lay in bed and think about it,” Thomas told the New York Times. “Then I would go to the computer with some new strategy, and it wouldn’t work, and I would be desperate again.”

A painful memory. I hope others can learn from my mistakes. Test your backups regularly to make sure they are still working. An ounce of foresight could have prevented a decade of regret.

That said, I'll do what I always do which is focus on building things, e.g. @Interledger. https://t.co/pCgObeAf4Z

[Related: A Man Who Threw Away $275 Million In Bitcoin Is Offering To Give Away $70 Million If He Can Find The Hard Drive In A Landfill]

Now, as the last grains of potential riches slip through his helpless fingers, Thomas claims his desperation has morphed into serenity.

In an interview with KGO-TV, he said that the mere thought of losing that much money had previously made him “sort of question your own self-worth.” He has since “made peace” with the fact 7,002 bitcoin at $40,000 apiece will likely be forever locked behind a series of keystrokes.

“It was actually a really big milestone in my life where, like, I sort of realized how I was going to define my self-worth going forward,” he said. “It wasn’t going to be about how much money I have in my bank account.”

Thomas somehow managed to say this without breaking down in tears.

If you don’t write down your lil password for $220 million you don’t deserve that money. I mean, no one deserves that much money, but if this is you…. you get what you deserve e. https://t.co/SBLamuoICG

Thank you for the input, Roxane. Would you also like to kick him in the nuts with a steel-toed boot?