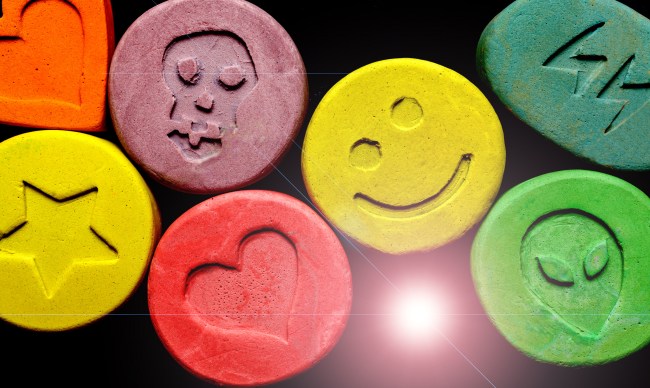 Thanks to an approximately 12-month joint investigation by the Spanish Guardia Civil and National Police forces, 11 people from Spain, the Netherlands, Romania, Colombia and Italy were arrested for being in possession of 827,000 ecstasy tablets, 76kg of speed, 39.5kg of crystal meth, 217 liters of liquid amphetamine, 2,000 doses of LSD, 310kg of hashish, 89kg of pre-packaged marijuana, two pistols, a pair of mortar shells, a machete, nine vehicles and €267,000 ($324,597).

The massive haul was stated to be Spain’s largest ever seizure of synthetic drugs.

According to The Guardian, the group of suspects arrested in relation to this monumental drug seizure were described as “the most important criminal organization dedicated to the manufacture and trafficking of synthetic drugs in the history of Spanish drug trafficking.”

The suspects reportedly funded their operation by smuggling large quantities of hashish and marijuana into the United Kingdom and the Netherlands.

“The next phase, once the synthetic drugs arrived in Spain, was processing,” said the statement. “The gang used ‘cooks’ – experts in making speed, methamphetamine or MDMA – working in two laboratories that the criminals had set up in Barcelona.”

The drugs were then distributed across Spain using hire cars and vehicles with hidden compartments.

A statement addressing the seizure and arrests also pointed out that had the 217 liters of liquid amphetamine been processed in the organization’s Barcelona laboratories it would “have produced 738kg of speed, making it the biggest ever amphetamine seizure in Spain.”

The suspects have been charged with drug trafficking, belonging to a criminal organisation and illegally possessing weapons.

Related: DEA Just Seized, In One Bust, Enough Meth For ‘Every Man, Woman, And Child’ In The U.S. And Mexico