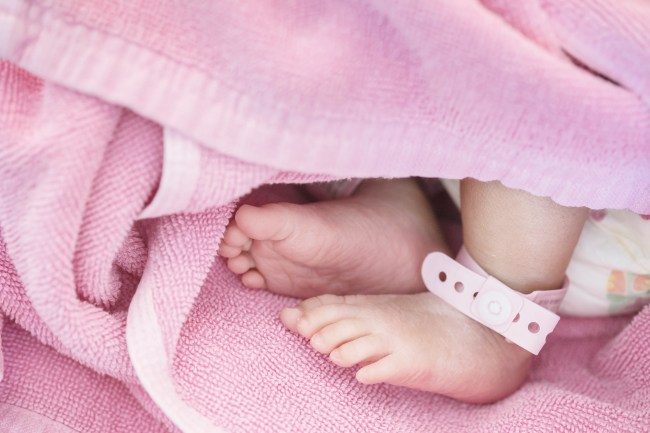 A small Polish village with 272 people and no schools, coffee houses, restaurants or grocery stores is making international news for its bizarre population anomaly.

Scientists and news media are chomping at the bit to evaluate what’s going on in Miejsce Odrzanskie, Poland, a village that hasn’t birthed a boy in nearly a decade. According to birth records, there hasn’t been a boy born there since 2009, and 12 girls have been born since then.

The swarm of attention came in the wake of the village sending an all-girls team to a regional competition for young volunteer firefighters.

Via The New York Times:

“Some scientists have expressed interest in examining why only girls have been born here,” said Rajmund Frischko, the mayor of the commune of Cisek, which includes the village. “I also have doctors calling me from all over the country with tips on how to conceive a boy.”

Frischko said that a retired doctor in central Poland postulated that a baby’s sex depended on a woman’s diet, which should be calcium-rich if she wants to have a boy.

“And if that doesn’t work,” the mayor laughed, “there is always the tried way of the Polish highlanders: If you want a boy, keep an ax under your marital bed.”

Other doctors believe that unless a couple chooses in-vitro fertilization (IVF), which makes it possible to pre-select a gender, there is nothing one can do to bend the gender probability.

Irregardless, local officials promised an “attractive” reward to the first local family who produces a boy, though they have not specified what it would be.

“There has been so much talk about us in the media that for a minute there I was considering naming a street after the next boy born here,” he said. “He will definitely get a very nice gift. And we will plant an oak and name it after him.”

10-year-old Malwina Kicler, a member of the youth fire brigade, is totally fine with the gender-skew:

“Boys are noisy and naughty,”  “At least now we have peace and quiet. You can always meet them somewhere else.”

We’ll see if you’re saying that in a few years, Malwina.