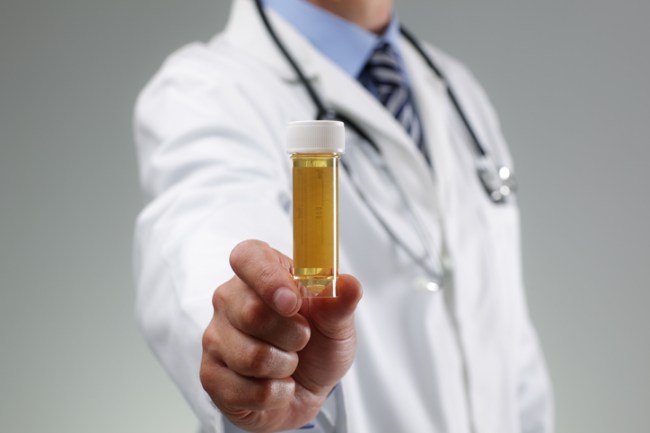 You wake up first thing at the crack of noon only to find that your mom has tossed all of our shit out onto the lawn. She’s outside screaming something about you needing to get your lazy ass out there to find a job before sundown or she’s going to kick you out of the house and into the streets where you’ll be forced to beat off sad, lonely truckers in a bid for survival. You yell something back at her like, “Nobody’s hiring,” while checking your tighty-whities for grass stains and bugs. Little does she know, you’ve been out there pounding the pavement trying to secure gainful employment. Not because of your enthusiasm for contributing to civil society, but the possibility of following the career path as the local hand job technician scares the ever living shit out of you. And it fucking should!

But there’s just one minor snag stopping you getting out there in the real world and joining the American workforce. All of the jobs worth having require prospective candidates to submit to a drug test before they can become slaves to the grind. And you, well, you have been stoned out of your gourd every single day for the past five years. Hell, you’re probably high right now! The second a drop of your THC-tainted piss hits the cup, not only is it going to show that you’re higher than Tommy Chong’s maid, it will also ensure that mommy dearest turns your loser ass into a truck stop fist slut before the day is done.

Hey, we’ve all been there. Maybe not the hand job part, but we can sympathize with the grueling nature that is the job search. The need to pass a drug test is something most of us have probably stressed over at least once in our lives. They are sometimes necessary evils as a means for having the luxuries most of us need to possess to feel whole and successful.

But for the most part, passing a whiz quiz is a relatively simple process if it is known about well in advance.

Most drugs, like cocaine, meth and even prescription opioids, only stay in a person’s system for around 72 hours. However, marijuana is a different beast altogether. Passing a piss test after smoking weed depends on a person’s frequency of use, body fat and overall metabolism. Sometimes THC can show up a month or more after cessation. Of course, there are all sorts of over-the-counter cleanses on the market advertised to help even the most desperate of drug user turn out a negative test. Sometimes they work, other times not so much.

Most of the time, the situation looks like this:

So, there you are standing in the bathroom of a drug testing company with for with your dick in your cold hand, standing on a wing and prayer, hoping like hell that those last minute cleanses have flushed all of the dope out of your system. But when you step out of the pisser and hand the cup to the test administrator, he flashes a crazy look as if to say, “Hey pal, this is the dirtiest urine I’ve ever seen. What did you get stoned on the way here?” Yep, you failed the drug test alright. You now have only two options: Start working on that hand job technique or feed the laboratory clod holding a cup of your warm piss a heavy dose of bullshit in hopes that he’ll pass you anyway. 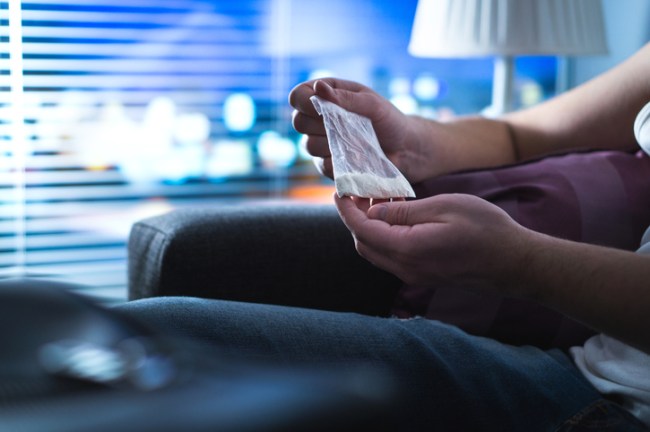 People are full of excuses after they fail a drug test, according to HR professionals. But they are not always original or clever. For example: Almost all failed drug screens for pot begin with, “Well, you see, I was at this concert the other night,” or “My damn roommates are potheads.” But the played out spiel about second-hand marijuana smoke won’t help you get the job, experts say.

“When a person tests positive for marijuana, believe it or not, it is never that person who smoked the drug [according to him or her],” said Todd Shoulberg, executive vice president of medical information services at background screening firm ClearStar, in an interview with the Society for Human Resource Management.

Shouldberg claims it is impossible to fail a drug test as a result of second-hand marijuana smoke. “You’re allowed so much of every drug in your system before you actually register a positive drug test,” he explained. “Marijuana has an initial cutoff level of 50 nanograms. You would have to be locked in a phone booth for hours [with someone smoking marijuana] to inhale enough marijuana smoke to register over the cutoff level for a positive. Someone sitting next to you smoking marijuana will not be enough to register a positive.

Studies have confirmed that it would take a lot of second hand pot smoke for a person to fail a drug test.

“If you’re going to breathe in enough passive cannabis smoke to feel high and potentially be slightly impaired, you could fail a drug test,” Evan S. Herrmann, the study’s lead author and postdoctoral fellow in psychiatry and behavioral sciences at Johns Hopkins School of Medicine, told Live Science. “But this only happens under a very extreme situation.”

Perhaps thanks to that one Seinfeld episode where Elaine blows her chances of hanging with the Bushman (and Bushwomen) of the Kalahari after her lust for poppy seed muffins causes her to fail a drug test, Shouldberg says that people use this excuse all of the time. But now that the federal government has upgraded testing standards, the poppy seed theory is no longer valid.

“Just like marijuana, there are cutoff levels preventing [a positive test result],” he said. “You would have to eat dozens and dozens of poppy-seed bagels and muffins before a test to get close” to a failed test.

People who fail drug tests also like to blame over-the-counter medications and health supplements. Although these kinds of things can produce false positives, the testing process most firms apply is a two-step approach that uncovers the truth eventually. So while the first part of a drug test can turn out shifty results, the second test (something called a GC/MS confirmation) is 99.999 percent accurate. So, basically, if you have drugs in your system, you’re screwed. At this point, the only way to convince a test administrator to pass you might be to slip them a hundred dollar bill. Or maybe offer up one of those looming hand jobs.