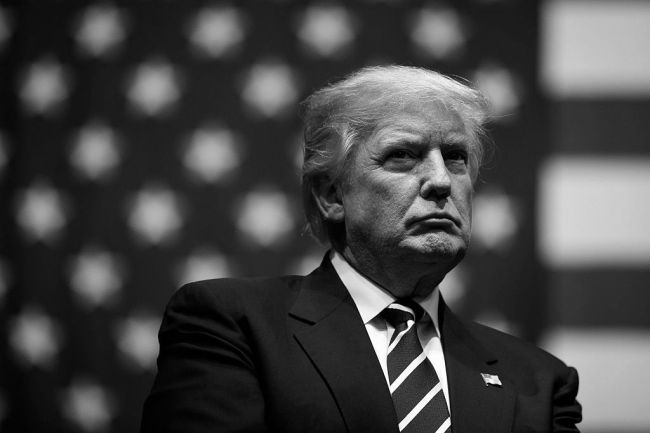 At 6:21 p.m. EST on Friday night, two days after the deadly insurrection on Capitol Hill, Twitter announced — via their @TwitterSafety handle — that the account of President Donald Trump has been permanently suspended. 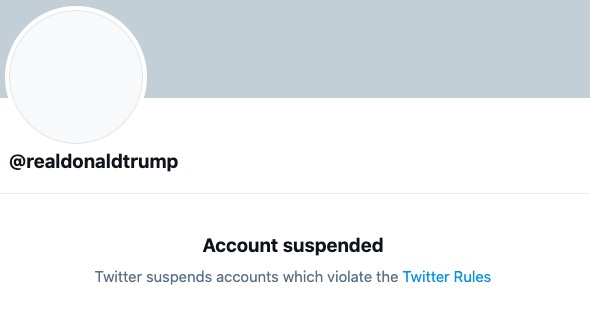 “After close review of recent Tweets from the @realDonaldTrumpp and the context around them, we have permanently suspended the account due to the risk of further incitement of violence,” the statement begins.

In the context of horrific events this week, we made it clear on Wednesday that additional violations of the Twitter Rules would potentially result in this very course of action.

Our public interest framework exists to enable the public to hear from elected officials and world leaders directly. It is built on a principle that the people have a right to hold power to account in the open.

However, we made it clear going back years that these accounts are not above our rules and cannot use Twitter to incite violence. We will continue to be transparent around our policies and their enforcement,” Twitter’s statement reads in full.

After close review of recent Tweets from the @realDonaldTrump account and the context around them we have permanently suspended the account due to the risk of further incitement of violence.https://t.co/CBpE1I6j8Y

Twitter’s decision to permanently suspend Trump’s account comes after Mark Zuckerburg announced that the outgoing President would be banned from both Facebook and Instagram “indefinitely”, or “for at least the next two weeks until the peaceful transition of power is complete.”

“The shocking events of the last 24 hours clearly demonstrate that President Donald Trump intends to use his remaining time in office to undermine the peaceful and lawful transition of power to his elected successor, Joe Biden.”

“His decision to use his platform to condone rather than condemn the actions of his supporters at the Capitol building has rightly disturbed people in the US and around the world. We removed these statements yesterday because we judged that their effect — and likely their intent — would be to provoke further violence,” Zuckerberg said in his official statement.