Prison Source Reveals How Insufferable Billy McFarland Is Behind Bars, Sounds Like He Needs To Be Scared Straight 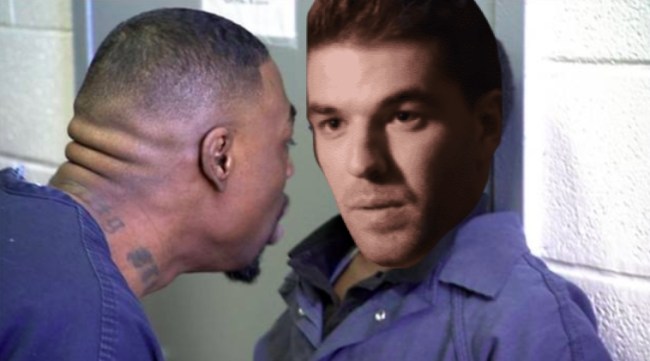 Billy McFarland, the 27-year-old con artist behind the catastrophic Fyre Festival, is currently serving a six year prison sentence for several counts of fraud, including three counts of wire fraud, one count of bank fraud, and one count of lying to investigators.

A Federal Prison consultant told Radar that he believes McFarland got off with a slap on the wrist given the nature of his crimes, and when you consider the prison he’s serving out his sentence at, this claim is only reinforced.

McFarland is currently imprisoned at FCI Otisville in New York, voted on Forbes list of America’s 10 Cushiest Prisons the same prison Bernie Madoff requested to be housed in for his white collar crimes. Otisville is also the new home of Mike ‘The Situation’ Sorrentino, who checked in last month to serve an eight month sentence for tax evasion. The prison is only for male inmates with a medium- or low-security designation and boasts a kosher food menu for its Jewish inmates.

Radar spoke with a source inside the New York prison to determine how Billy is assimilating into prison life. The consensus: A tiger can’t change his striped.

“None of the prisoners inside Otisville like Billy. He’s a pompous asshole!”

The insider revealed that even being locked in a cell and stripped of his freedom has not changed McFarland’s delusional outlook:

“Billy thinks that he should not even be there, and he has said this to everyone who wants to listen to him ramble,” the insider told Radar. “He tells people inside Otisville that the islanders and the people purchasing the tickets should have educated themselves more in order to see the writing on the wall.”

When asked if McFarland’s seen the two Fyre Festival documentaries on Netflix and Hulu, the source responded:

“Of course he has seen them. He can’t shut up about them and they are going to get the Netflix version played inside prison for everyone to see.”

Can he get worse? Yes, YES HE CAN!

“He gets a ton of letters and doesn’t open them,” added the source. “He lets them sit and pile up and calls it fan mail. He craves attention from the high-end social life and is addicted to that more than he is addicted to his money.”

I would drain my bank account to watch a pay-per-view 9 round prison fight between McFarland and the Situation. Winner gets an extra serving of slop in the cafeteria and all proceeds will go to the people McFarland fucked over.

That or a McFarland episode of Scared Straight. I think I just became a genius.