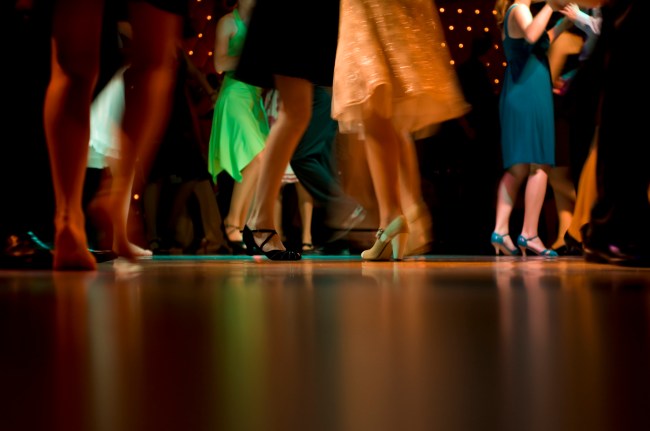 Prom night is one of those adolescent evenings that gets blown WAAAAAAYYYYYY out of proportion for no reason in particular. It’s not graduation. It’s not the last thing you do in high school. School dances teach you absolutely nothing about life and society. I suppose they teach you how to tie a necktie if you’re a guy but that’s something most dudes learn at Church, Graduation, or Cotillion.

For my own prom, I was what you might classify as a hot mess. I was coming off knee surgery for a torn meniscus and had been popping pills like it was my job in life because it was a particularly painful recovery and this was in Florida at a time (a few years back) when doctors were overprescribing pain meds. Prom night was the first night I’d been able to take off my knee immobilizer in months, I was ready to get after it, and I’ll spare you all the details but you can fill in the blanks yourselves.

Prom falls at a time of PEAK anxiety for high schoolers. When they’re about to blast off into college and the real world and leave their parent’s homes. It’s often before final exams so students are stressing about graduation. It’s just not a great night 95% of the time. Mine honestly was pretty good aside from the fact that I was overmedicated but I know that’s not the case for a lot of people, like the ones below.

All of these people are sharing their biggest ‘Prom FAILs’ on Twitter using the hashtag #PromFAIL and this is extremely relatable to a lot of people. One of the most underwhelming nights of adolescence brings out the crazy in a lot of people and here are the best tweets (so far):

I don’t really see how this one is a FAIL.

I wore my crocs to prom underneath my dress because you gotta be comfy all night on the dance floor #PromFail https://t.co/3nzAbuSX4f

I was social director so I added “Star Spangled Banner” in the mix for prom song. It won. So that was the prom song for Saugerties High, Class of ‘92. #PromFail

My dad answered the door wearing a flannel top & bottoms, hillbilly fake teeth & a greasy comb over. While I was getting ready, so was he..😑I told him to take all of that crap off, he said, take what off? My date thought that’s what he honestly looked like. #promfail https://t.co/QHSQYtfLxw

After becoming prom king, after all the photos and the dance with the queen, my friend pointed out to me that I had a huge booger visible in my nose through it all. #PromFail

my prom dress zipper broke during dinner and i was stuck in the bathroom half naked until someone brought me a grinch onesie to wear #PromFail pic.twitter.com/OaSng4OdPT

#PromFail My Boyfriend and I were walking to get a drink.. when someone step on my dress an caused me to do a full face plant into the punch table…🤣🤣🤣I never went to prom again…. https://t.co/0M8izjIPW5

A prom fist fight sounds like one of the most eventful nights of the year.

I went w/ a guy friend and the couple we double w/ had just broken up. I offered to switch dates since I was friends with both guys. The girl said no. Turned out my date and the girl had started dating behind our backs a week before prom. Night ended in a fist fight #PromFail

When you are homeschooled and the only girl in your school is your sister, you are destined for a #PromFail. pic.twitter.com/dSQ4ipRK7w

Kind of sums up my night coming off knee surgery.

True story. I sprained my ankle 3 days before senior prom and also re-injured it that morning so I could not dance. I did not want my date to miss out so we went but she ended up either sitting a lot with me or dancing with others. #promfail https://t.co/0t2EMiwkxh

We drove to my prom, and it was raining. When we got there my date jokingly said “Fetch my umbrella”. I went out with the umbrella and died laughing. She thought I was laughing at her joke,but it was b/c we drove the whole way with her dress in the door. #PromFail pic.twitter.com/xVq5NNtqM5

I asked a friend to prom, and in the car on the way there he asked me "so….is prom like a dance or something?" #PromFail https://t.co/28WNQnTL2b

We showed up late because we were driving around drinking on the party bus. We finally get there and one of the girls stumbles off and falls into the principal. She looks at her and says “sorry I’m not used to my heels”

Her heels were in her hands #PromFail

Sorry Jimmy but I didn’t failed my prom 😂 #promfail pic.twitter.com/0Lj1ev8eRm

When I was in high school I was obsessed with the color orange. For prom I bought an orange dress, orange shoes and an orange purse. When I got to prom, guess who matched the tablecloths. #promfail

Folks, we have a winner.

If you have anything you want to add to this collection you can pop on Twitter and share yours with the hashtag #PromFail. And you can always find me on Twitter at @casspa!