According To The CDC, Public Pools Are A Revolting Mix Of Diarrhea And Bacteria 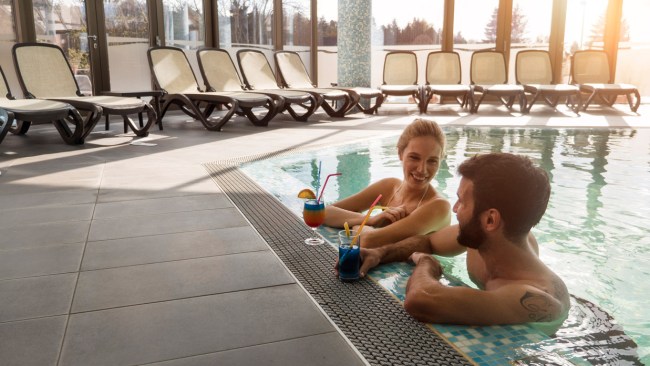 See that happy couple enjoying their drinks in a hotel swimming pool in the photo above? They’re idiots. Why do I say that? One, they are hanging out in a hotel pool filled with all sorts of revolting stuff. And two, they are holding and drinking a beverage that I guarantee has had particles of that filth they are marinating in settle into their glasses.

I know this to be true because the Center for Disease Control and Prevention’s Morbidity and Mortality Weekly Report flat-out says it is.

According to the CDC, public swimming pools, hot tubs, and water parks are chock full of diarrhea and other gross bacteria.

Between 2000 and 2014, they report that there has been 493 outbreaks resulting in at least 27,219 cases of people getting sick and eight deaths associated with treated recreational water.

94 percent of those cases in which the cause was confirmed were caused by pathogens Cryptosporidium (causes the diarrheal disease cryptosporidiosis), Legionella (which causes Legionnaires’ disease and a mild flu-like illness called Pontiac fever), Pseudomonas (can cause blood, eye and ear infections, pneumonia, and folliculitis), and Giardia (“foul-smelling” diarrhea, fatigue, and nausea). The other six percent of the outbreaks were caused by chemicals. And at least six of the eight deaths were caused by Legionella.

The most frequently reported location for outbreaks? You guessed it: hotels. Approximately half of the outbreaks at hotels happened during the months of June, July and August, so, yeah, have fun on that vacation this summer.

And here we were thinking that the only thing we had to worry about in a public pool was all the pee.

According to the CDC, the key message to the public regarding these wonderful findings, particularly parents of young bathers, is “Don’t swim or let your kids swim if sick with diarrhea.”