Nintendo Is Re-Releasing ‘Punch-Out!!’ Without Mike Tyson And He Does NOT Seem Very Thrilled 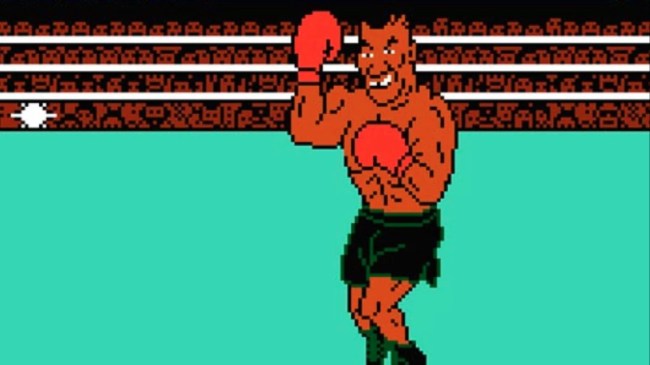 I’ve played far too many video games over the course of my time on this planet, and while I like to think I can hold my own, there are certain titles that have pushed me to the brink of insanity, whether we’re talking about navigating the Water Temple in Ocarina of Time, trying to blow up the vans with a plane for Zero in Grand Theft Auto, or the first five minutes of Dark Souls.

However, when I was a younger lad, there was one game that drove me madder than any I’ve ever played: Punch-Out!!

In the mid-1980s, Mike Tyson had started to establish himself as a force to be reckoned with in the boxing world and caught the attention of a Nintendo executive who was in the stands at one of his fights.

In 1987, the world was introduced to Mike Tyson’s Punch-Out!!, a game that would go on to frustrate an entire generation of children like myself who were still working on perfecting that whole “hand-eye coordination” thing.

In order to beat the game, you had to be able to channel your inner Patches O’Houlihan and dodge, duck, dip, dive, and dodge Tyson’s brutal flurry of punches, which was much easier said than done.

I don’t think I touched Punch-Out!! after I somehow managed to knock Tyson out, but if you want to get your nostalgia fix, you may be happy to know Nintendo is planning to re-release the game on Switch later this month.

However, there’s one minor catch: Mike Tyson won’t be making his return.

Nintendo originally only licensed the boxer’s name for three years, and after that, he was replaced by a character dubbed “Mr. Dream,” who had all the same moves but sorely lacked any gaps between his teeth.

You might be sad to learn the “new” version of Punch-Out!! will feature Mr. Dream instead of Tyson but there’s one person in particular who seems to be especially peeved: Tyson himself.

After the re-release came to his attention, the boxer-turned-marijuana enthusiast hopped on Twitter to share his displeasure and encouraged others to do the same.

mr dream? everyone tell @NintendoAmerica who they think of when they hear punch out pic.twitter.com/2j51PLt0Em

heard @Nintendo was doing the new “Punch Out” without even contacting me. it wont be the same. my knockouts made the game. thats whack.