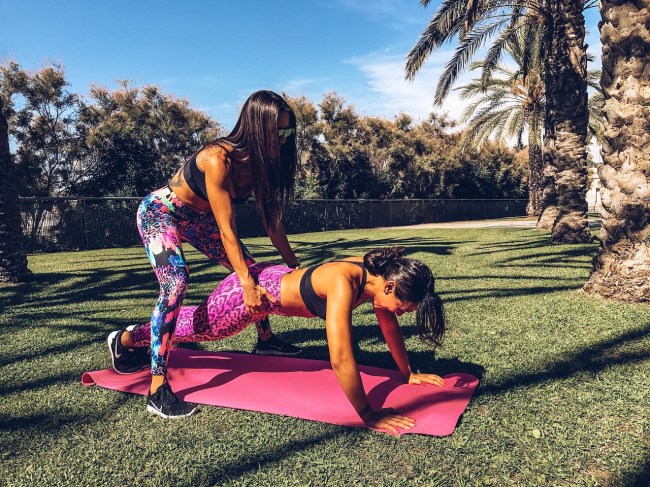 Push-ups are such a rudimentary and underrated strength-increasing exercise, but they are also a sign of hearty health. Nobody should underestimate anyone’s health based on their ability to punch out a ton of push-ups. A new study found that people who can do more push-ups are less likely to suffer from heart disease.

A new study from researchers at Harvard University found that a certain amount of push-ups were linked to fewer risks related to heart disease. The study came to the conclusion that “higher fitness levels would be associated with lower rates of incident cardiovascular disease.” While this isn’t exactly groundbreaking research, they did find a specific number of push-ups that equated to a longer life.

The magic number of push-ups that a man should be able to do in one session is 40. The study, which was titled “Association Between Push-up Exercise Capacity and Future Cardiovascular Events Among Active Adult Men,” was published on February 15th in the Journal of the American Medical Association.

RELATED: 5-Year-Old Wins A Mercedes After Doing 4,105 Push-Ups Non-Stop, Kindergartner Is Already More Of Man Than You Are

It should be noted that the study didn’t target regular men, but rather 1,104 firefighters from 10 Indiana-based fire departments. Over a decade of research, the firefighters were asked how many pushups that they could do in a row by their doctor. The doctor would ask the firefighters to do pushups during their appointment and they would have to keep pace with a metronome set at 80 beats per minute. The challenge ended when the men reached 80 pushups, missed 3 or more beats of the metronome, or who stopped due to exhaustion.

Over the course of the 10-year study, the men who were able to do 40 push-ups or more during the test had significantly fewer signs of heart disease-related issues. Firefighters who could successfully do 40 or more push-ups in one time had a 96 percent reduction in cardiovascular disease incidents compared to those who could complete fewer than 10 push-ups.

RELATED: 3 Tweaks That Will Make Your Push-Ups More Challenging

“The push-up examination requires no special equipment, is low cost or no cost, can easily be performed in almost any setting within two minutes, and provides an objective estimate of functional status,” the researchers from Harvard T.H. Chan School of Public Health wrote in the study. “It is a quantitative measurement that is easily understood by both the clinician and the patient.”

Heart-related diseases are a major concern to the health of Americans since nearly half of U.S. adults have encountered some sort of cardiovascular disease as of 2016. While studying factors such as a person’s age, body mass index (BMI) and activity level are important, the study’s authors believe that the push-up test is an inexpensive and effective way to predict cardiovascular health problems.

RELATED: This 50-Year-Old Man Did More Push-Ups In An Hour Than I’ve Done In My Whole Life