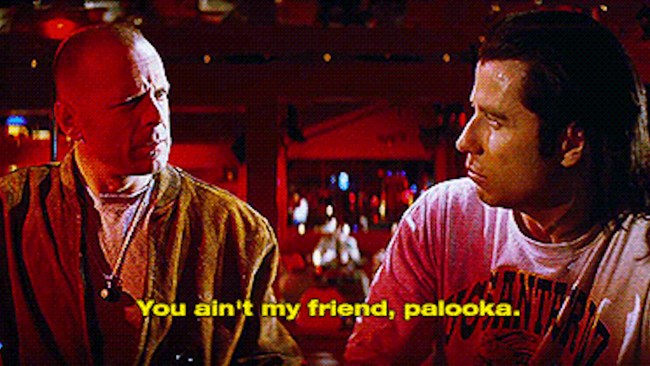 Usually, when you ask a movie fan what their favorite Quentin Tarantino flick is, they’ll say Pulp Fiction or Inglorious Basterds or Django Unchained or, if they really want to appear edgy, Reservoir Dogs. Those are generally the usual suspects.

One movie that you rarely find at the top of various “Best Quentin Tarantino Movies” lists is Kill Bill or its sequel. However, that said, these two movies are seldom found at the bottom of these lists, either.

Similar to the time of Tarantino’s career in which they were released, Kill Bill: Volume 1 and Kill Bill: Volume 2 are middle-of-the-road entries for the acclaimed contemporary auteur. To be clear, Kill Bill (which we will be referring to as one film going forward for the sake of brevity, sans this very sentence that you’re reading right now — whoops) is an excellent film, it’s just not one of Tarantino’s lofty bests.

And yet, despite that fact, it is a third Kill Bill film that is reportedly on the director’s radar for his tenth and potential final directorial effort. And that’s kind of the beauty of Kill Bill — it’s like Tarantino home-cooking as it stands as one of his most uniquely Tarantino-y movies in his already legendary filmography.

This is merely a borderline outrageously long way of saying why it’s such a trip to hear about the alternate universe that exists out there in which fucking Bruce Willis plays Bill in the franchise.

In an interview on CinemaBlend’s ReelBlend podcast, Tarantino revealed that none other than Pulp Fiction star Bruce Willis was the third choice for Bill in the Kill Bill series.

“I wrote [the character of] Bill for Warren Beatty and it ended up not working out. And then I cast David Carradine, and kind of rewrote it for David Carradine. Bruce [Willis] would have been my third choice… When I read the original version of Kill Bill, it kind of cracks me up now, because it’s the Warren Beatty version,” Tarantino said.

“When I look at that original version, you know, Bill was a little bit more of an evil James Bond type. Okay? Rather than the Bondian villain, he was more like an evil bond. And he kind of had this, he had a Warren Beatty kind of quality about him. And frankly, to tell you the truth, I probably wouldn’t have to had rewritten it that much if I had cast Bruce in it. Bruce could have actually played that evil James Bond kind of character and I would have just leaned into his personality maybe just a little bit more. A little less Cristal. A little bit more Coors, all right. A little less champagne, a little more beer.” [via ReelBlend]

Beatty would have been quite the coup for Tarantino as he is an iconic establishment of American acting. As for Bruce Willie, my man can literally star in anything and be awesome, so I have zero doubt that watching him trade climactic emotional and physical blows with Kiddo at the patio dining table would have been just as thrilling.