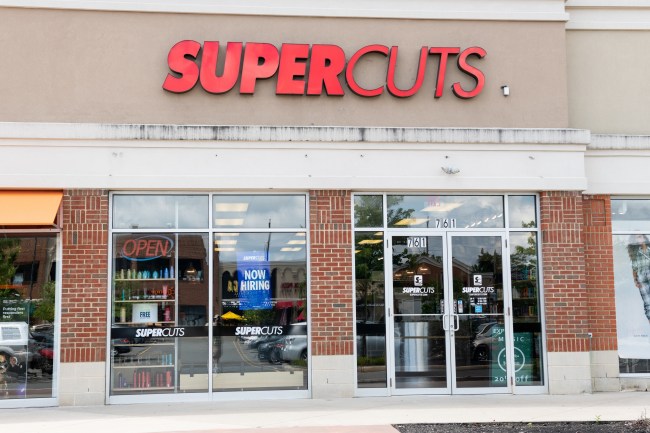 A Supercuts customer beat the crap out of a man for using racist slurs in a video that has gone viral on Twitter.

According to @ReavisHammond8, the incident occurred two years ago and it went down because a man walked into the Supercuts location and started using the N-word at will.

After paying for his haircut, Reavis went back into the store to confront the racist and you can see how things quickly escalate into an all-out brawl between the two.

Reavis was able to come up victorious after he hit the man with a few punches while standing and was able to continue pummeling the man while the two were on the ground.

I finally got the video..

Almost two years ago I was in supercuts & this guy walks in & says “Who’s listening to this ni—er music?” & then says the n-word 3 more times.

After I pay for my cut, I confront him about what he said..

Had to cut the video a little short in order to post it all. But at the end of the video I grab my glasses and leave. And this is what the guy looks like when he gets up😂 pic.twitter.com/gwoQQfBWmf

Reavis was praised by social media for taking it to the racist.

These are the allies we need!! Cause Lord knows that man was comfortable sayin the n-word because no black person steps into SuperCuts!! We need white people defending us even when we arent in the room!! https://t.co/comaSUWfg7