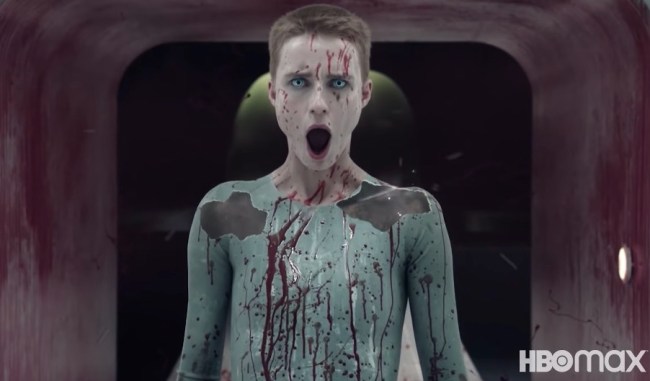 Usually, when I can’t think of something to write about the content of an article itself, I’ll just tell a long-winded, somewhat rambling personal anecdote that vaguely connects to the point of the article itself at the tail end. Between me and you, it’s a go-to move of mine. Literally did it in my last article, where I wrote 400+ words about originally rooting for the Yankees but changing my loyalties to the Mets because I hated rooting against my Dad during the 2000 Subway series, all just so I could explain why Ben Affleck was wearing a Mets hat in Gone Girl. Now I’m using that anecdote again to fill out this article. You can’t teach this stuff, folks, it’s the type of talent that only experience can buy.

Anyway, in the case this Raised by Wolves trailer — the latest project from 82-year-old film legend Ridley Scott, whose directed classics such as Alien, Blade Runner, Gladiator, and The Martian — I’ve got absolutely nothing personal to say about it. This trailer, which sort of echoes Ridley’s whole Alien/Prometheus franchise, is genuinely unlike any trailer I’ve ever seen, especially for a television show, but not in a good way, as the main emotion it elicits is discomfort and dread.

Here’s the brief yet sufficiently haunting synopsis of the series, via HBO Max:

Mother was programmed to protect everyone after Earth had been destroyed. When the big bad wolf shows up, she is the one we must trust.

In addition to Scott, the series is also the brainchild of

Created by Aaron Guzikowski (who wrote the 2013 drama Prisoners), Raised by Wolves tells the story of Mother and Father, two androids tasked with raising human children on a mysterious alien planet. Ridley Scott sure does love himself some androids.