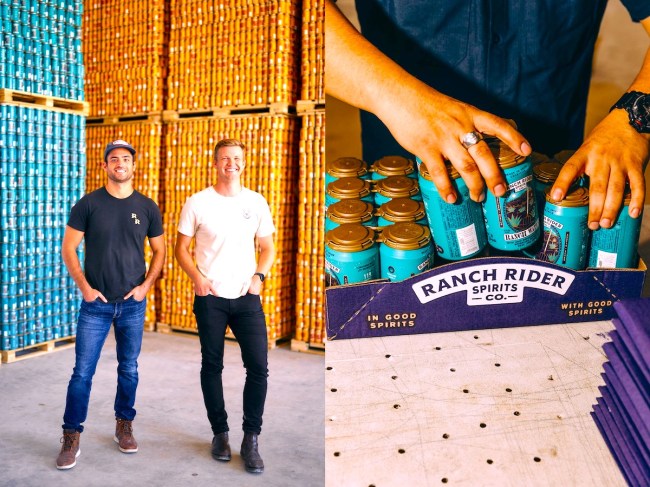 I recently attended a wedding in Dallas. The beer and wine flowed aplenty, but the marquee libation of the evening was a Texas staple: Topo Chico, generously mixed with fresh lime juice and proper Reposado tequila.

This delightful concoction is known as ranch water. It’s become a cult cocktail favorite beyond just the confines of the Lonestar State.

Ranch water is wildly uncomplicated. It’s beloved for its simplistic beauty. Unlike, say, a schmancy whiskey or gin cocktail, it puts on no airs.

Think of it like a diet margarita with the zing of bubbles.

Ranch water is utilitarian. The more time I spend in Texas visiting family and friends, the more I realize how much utility it has as an all-occasion adult beverage – and a worthy replacement for beer for the calorie-conscious.

Mixed in a formal setting like a wedding, sure, but also in the backyard after mowing the lawn or while bulldozing your way through a generous plate of BBQ brisket.

I get why Texans are crazy about the stuff.

I’ll be honest: I had no idea what ranch water was until a big box of cans from Austin showed up at my house in Los Angeles last year.

The box was from my friend and former colleague, Brian Murphy. Inside that box were dozens of Ranch Rider Spirits cans.

The design was unmistakable and uniquely Western in its elegance. 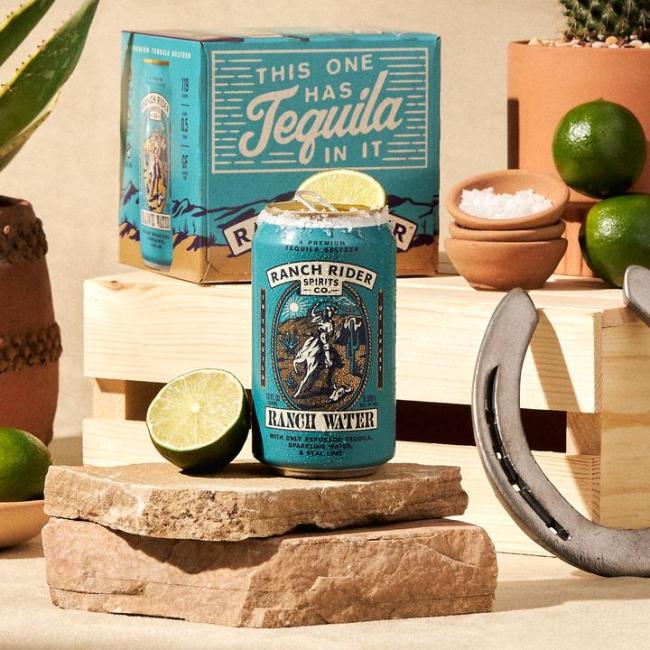 Brian is the co-founder of Ranch Rider Spirits, a beverage company that embraces the rich motifs of the American West and hangs its hat on being the real deal ranch water in a can.

Murph, as we call him, used to sell advertising here at BroBible. We affectionately called him Sales Bro for his ability to be a true bro-fessional on calls and in meetings. During some very fond years here at BroBible, Murph thrived by navigating deep into the marketing waters of Big Beer and spirits conglomerates. I’m pretty sure he put together some of our major sponsorships at SXSW and other milestones throughout our history as an organization. He was – and still is – the ultimate closer.

When Murph headed to the University Of Texas to join their MBA program, the wheels started turning for a new venture.

In 2017, Murph linked up with his fellow B-school buddy, Quentin Cantu, to launch Ranch Hand – a meal delivery service and food truck catering to the college crowd. While still full-time MBA candidates, the two hustled to bring the concept to life. They found financial backing with the help of professors who invested in their vision for a healthier food truck option around UT. 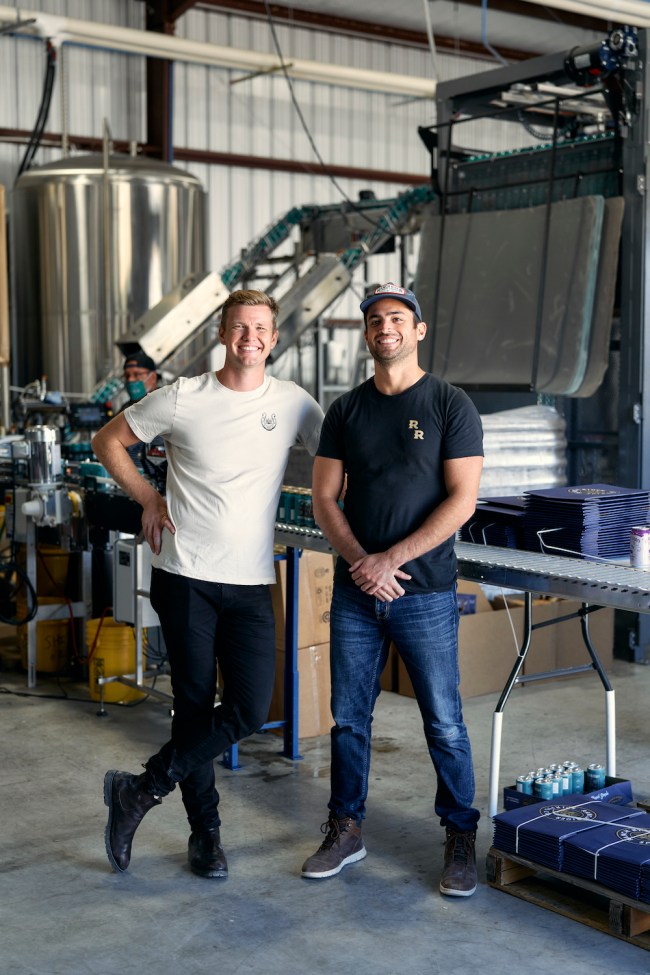 The concept exploded, boasting seven figures of revenue from salads in their first year.

“We didn’t come from the food industry, so we didn’t understand some simple things, like how you prep in bulk,” Murph tells me on a Zoom with Quentin from Ranch Rider Spirits HQ.

The obvious next step for Ranch Hand seemed like a physical location.

Except there was a snag for their food truck empire – finding affordable restaurant space in Austin’s red hot real estate market.

“We had the food and the brand down, but there was this hidden component that we didn’t even realize,” Muph explains. “People were moving into Austin in droves. All the restaurants were packed, any new restaurant in a new restaurant space would be offered to these really well-known operators. And then there was us, literally two random dudes in a food truck. We just wouldn’t get access to any deals to make a restaurant happen. So we essentially couldn’t find real estate.”

“We sell the food truck business to our general manager at the time and he scaled it better than we could. Since then, he’s opened up a catering kitchen under the same name and he’s opened up at another food trailer.”

With the sale of their food truck business in 2019, Ranch Rider Spirits was born. 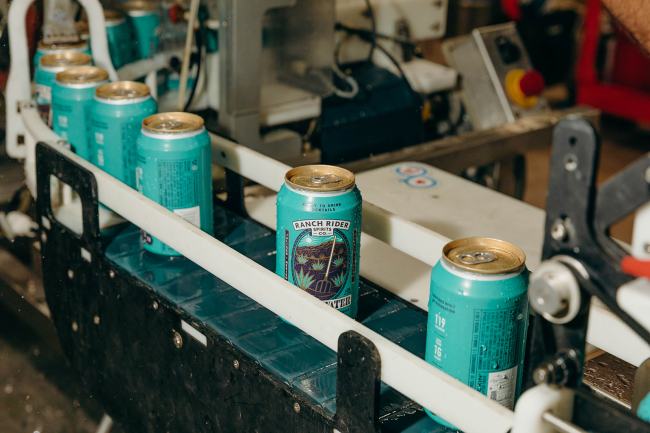 Not all ranch water is created equal…

America’s thirst for low-cal hard seltzers and bubbly booze seems pretty much unquenchable at this point.

As such, the canned sparkling tequila category has exploded in the past two years, with new labels popping up like weeds on liquor store shelves.

But the quality of the tequila and bubbly water in many of these generic canned beverages is lackluster at best, especially for those of us who appreciate the quality that goes into a good craft beverage. Sometimes the distinguisher on the shelf is murky between true ranch water – blended with real tequila – and a sparkling seltzer made with “100% premium blue agave”, yet the alcohol still comes from malt liquor.

Clever phrasing, but the difference is in the taste.

And the branding? Dull and uninspired – a blatant money grab from corporate marketing minds that sit in conference rooms all day.

With that in mind, Muph and Quetin picked a lane for Ranch Rider Spirits to stand out.

“We went to Mexico to source tequila by tasting it from eight or nine different suppliers,” Muph laughs.

“That was really freaking fun. Just tasting tequila all day, every day in Jalisco, Mexico.”

“The entire product line was gonna be Mexican spirits driven, like mezcal variants, but we ended up pivoting from that because it’s really hard to export. You can only do it in very small increments, so that killed the idea. We also thought mezcal wasn’t known enough by the everyday consumer, so we ended up pivoting a little bit and just leaning into these legendary cocktails from Texas in Mexico that were emblematic of a region.” 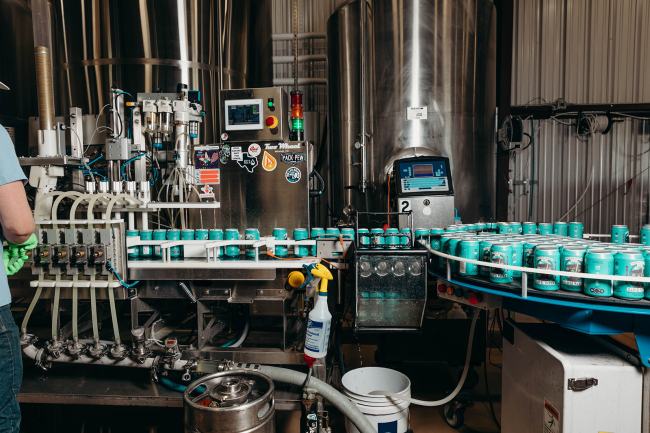 “That kind of became Ranch Rider Spirits’ brand identity. Authentically Western and a product line that was like all-natural: No additives, no sugar, super clean, citrus-forward, and in line with what we wanted in a drink. Quality spirits, no added sugar, premium, citrus-forward.”

The sourcing was one thing. When our truckload of tequila got to Austin, we had no idea what to do with it so we hired a guy from a local company, Austin Eastciders. We said, ‘Hey, we have a truck on the way with all this tequila and Texas citrus.’ With their help, we had six months to turn all this stuff into a product.”

And the carbonated water that gives ranch water its bite?

According to Murph, “We carbonated ourselves. If you look at our facility, we basically combine everything into these big tanks, which you would find in any brewery, and then mix it all up and can it.” 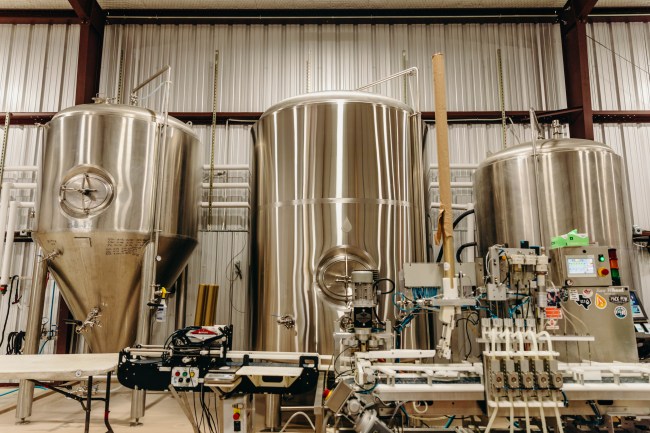 Ranch Rider Spirits quickly found a fanbase around the Austin area. From there, word got out around Texas that Ranch Rider was the authentic ranch water in a can, quickly embraced on Instagram and TikTok by influential food and beverage personalities.

Compared to other cookie-cutter tequila seltzer brands, Ranch Rider Spirits has a real fan base. They’re normal, everyday people who lean into the brand’s “Simply The West” vibe – a rugged aesthetic that stands out on social media and on the shelves.

Unlike big alcohol corporations, Brian and Quentin listened to their followers for product ideas and quirky distinguishes unique to the brand. They give the people what they want. For example, The Buck was born out of fan feedback. Ranch Rider’s Jalapeno Ranch Water was brought back by consumer request.

After a recent refresh of can art, the cowgirl on all Ranch Rider Spirits cans was recently named Loretta after a poll on Instagram.

“Our number one ambassador for us is a mom who runs a blog in Dallas all about healthy food. I think she has 500,000 or 600000 followers. They’re the most engaged audience I’ve ever seen – they literally go to her for food and beverage recommendations. It’s amazing. She converts unlike anything I’ve ever seen in my life.” 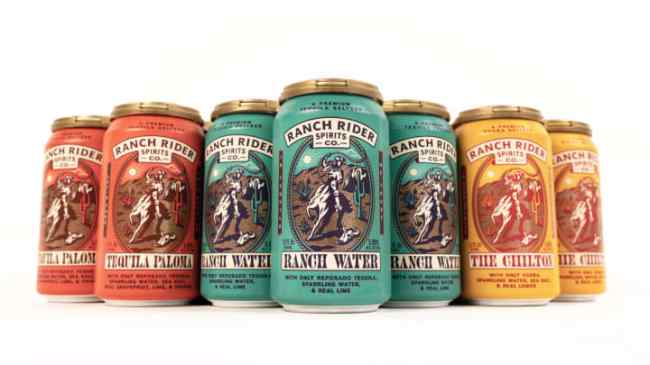 “Every market is different. It’s a lot of hand-to-hand combat to get into new grocery stores and retailers. It’s very costly and expensive… We’re not sponsoring music festivals, we don’t have big massive media partnerships, we’re not endorsed by celebrities…”

“It’s all the word of mouth and community building,” Murph concludes.