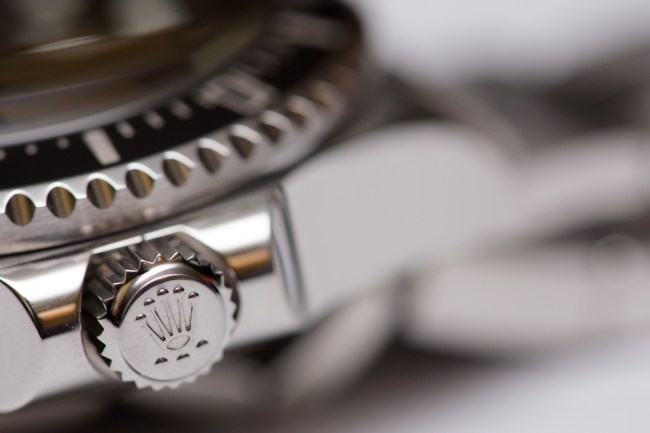 I honestly cannot remember how old I was the first time I got a watch, or even how old I was when I learned to tell time. I just Googled it and the Internet says most kids learn to read the time on a clock (and watch) somewhere between the age of 6 and 8 years old.

I feel like the Atlanta rapper Future could’ve saved himself a lot of money if he googled this question like I did but he instead made headlines over the weekend after gifting his 5-year-old son a gold Rolex for his birthday instead of toys like normal kids get. He can’t read the time on a watch, it’s probably way too heavy for his wrist, but it’s still a baller gift to give anyone despite it being the most nonsensical gift you could ever give a toddler.

The Internet was quick to pounce on this video of Future giving his 5-year-old son the gold Rolex and everyone was left wondering why? Some people suggested that anyone questioning the gift is just salty because they’ve never been given a Rolex which might be true…for adults. Adults could be salty they don’t have a Rolex. But a lot of people are correctly pointing out that this kid doesn’t know anything about the Rolex brand, why this watch is an incredible gift, what a watch even does, or how to tell time.

Future gifted his son a Rolex for his 5th birthday 👀 pic.twitter.com/UWx3cbTJS2

The kid’s reaction was actually pretty spot on.

I’m cryinggggggg Future got his son a Rolex for his 5th bday and buddy said “THAAAANKS!” like it was a lukewarm Capri Sun 😂😭😭

Man he ain’t want no damn Rolex, get him some HotWheels https://t.co/mbrIspKE3n

All his homies got avengers toy sets and action figures, Baby future sitting on the playground with a goddamn Rolex on looking lost.

baby Future when he wanted a Big Wheel but dad handed him a Rolex instead pic.twitter.com/GnoV4wK3xT

What does a 5 y.o need with a Rolex ? Can he even tell time?

LMAO I forgot about this video, an all-time great:

I’m 100% certain I would not do this. I’d buy a boat. I’d take the kid on vacation. I’d throw it in an account for him. I wouldn’t buy a 5-year-old a Rolex just because I had a few extra thousand dollars laying around. Suggesting that anyone with money would do this is insane.

People who can’t afford a Rolex talking about what Future should or shouldn’t buy for his family with the money he earned. pic.twitter.com/ffCWruSFWD

Maybe you’re mad that baby Future has a rolex because your own dad never bought you one.

It’s Sunday and y’all really hating on Future for getting his son a Rolex?

I don’t know enough about Future to say whether or not he’s the world’s greatest dad. At the very least, he’s #2 because my family has informed me that I’m currently the #1 world’s greatest dad. But Future’s intentions here were obviously good-natured, I just question how much time he’s actually spending around 5-year-olds these days because he doesn’t seem to know that kids can’t tell time and don’t have a clue what a Rolex is.