Guy Puts Realistic-Looking AirPod Stickers All Over The City, Films People Trying To Pick Them Up In A+ Prank 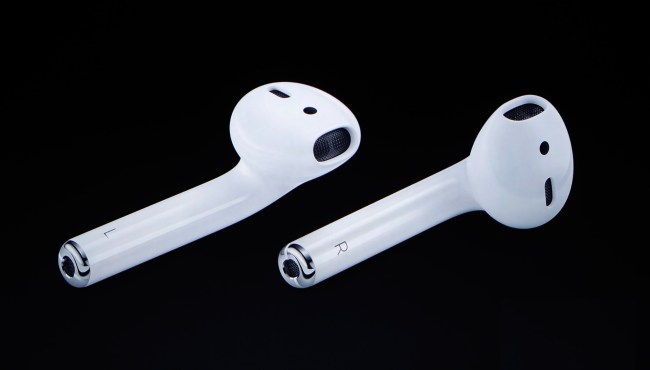 If you own a pair of AirPods then you are acutely aware of how easy it can be to lose one of them (or swallow one while you are sleeping).

So, seeing an AirPod lying on the ground while walking around the city wouldn’t be too surprising.

Digital artist Pablo Rochat decided to take advantage of this downside to Apple’s wireless earbuds by placed realistic-looking AirPod stickers all over San Francisco. Then, naturally, he filmed people trying to pick up the fake AirPod.

I made life-size AirPod stickers and stuck them on the ground, all over the city 🤡 pic.twitter.com/hIrZD0wfom

“I often see people drop their AirPods, so I thought it would be funny to make it look like people are dropping their AirPods all over the city and see if people would try to pick them up,” Rochat told Mashable about the prank, adding that filming people is “the best part. I love putting AirPod stickers on the ground and standing back to see people try to pick them up,” he said. “Some people are amused by it, but a few have been angry that they were pranked. Joke’s on them!”

Footage of the AirPod sticker prank in action: pic.twitter.com/p9k1a8U29A

Now that is an A+ prank.

Bonus: if you’re interested in pulling this prank on people in your town, Rochat was nice enough to provide a template so you too can print out your own AirPod stickers and revel in the hilarity that ensues.

If anyone wants to print their own 2d AirPods here is a free template ( AirPod Pros included 👍) https://t.co/iTrKMgDM2o