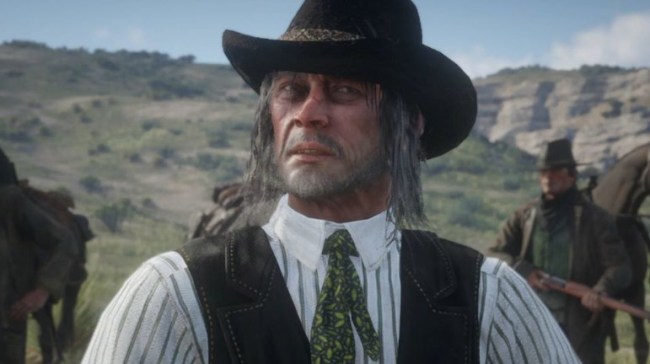 As we have seen in the past with regular people named Jon Jones, Zane Gonzalez, Aaron Gordon, having the same name as a famous person in the age of the internet has certain pitfalls.

Heck, even being famous and having the same name as another famous person can cause issues.

However, this is the first time in recent memory we’ve seen someone with the same name as a video game character come under attack. Which is exactly what’s been happening with a man named Colm O’Driscoll.

For you see, Colm O’Driscoll is also the name of a character in the ultra-popular Red Dead Redemption 2 game which has been breaking records since its release a couple of weeks back.

Colm O’Driscoll, the video game character, also just happens to be the leader of the rival gang in the game, aka Red Dead 2 players’ sworn enemy.

Now, most people would realize that there is a difference between a video game character and a real person, but, hey, it’s 2018 so all bets are off.

As a result, the real Colm O’Driscoll, who told Eurogamer he doesn’t “even have a PlayStation or an Xbox” has been receiving hate messages on social media.

So it turns out I share the same name as a #RedDeadRedemption2 character and now I’m receiving hate mail online 😂 pic.twitter.com/jOJOb2T5D0

“I find the whole thing kinda funny, but the messages are starting to get annoying,” O’Driscoll told Eurogamer. “A little part of me worries that some of these people are so emotionally invested in the game that they’re starting to lose perception of what’s real and what isn’t.”

O’Driscoll has shared screenshots of one conversation via Twitter, which is bad enough, but he’s also shown us a variety of other messages received primarily through Instagram. Some are fairly harmless – such as “you damn O’Driscoll”, but others use inappropriate language and ‘joke’ that he’s on their “list of n***** to shoot on sight.”

After being inundated with all of these messages, O’Driscoll tweeted RDR2’s creators, Rockstar Games, to see if they’d send him the game and a console so he could see what all the fuss was about.

Hey @RockstarGames, want to give me a PlayStation and a copy of the game? 😂

So far he hasn’t heard back. Make it happen, Rockstar. It would be an infinitesimal dent in the more than $725 million the game raked in on its opening weekend.