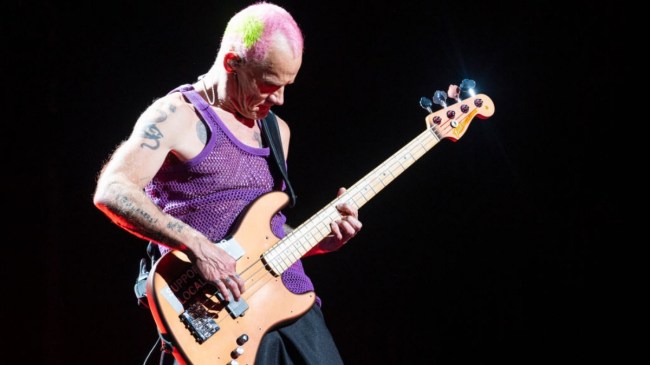 The franchise is struggling. They’ve traded away a lot of their future assets to build a winning team, but that team unfortunately hasn’t won much the past couple of years.

So far this season, they are 0-4 and are currently the worst 3-point shooting team in the league by a wide margin, so they’ve given fans plenty of reasons to not be happy.

One of those unhappy fans is Red Hot Chili Peppers bass player Flea. Today, he took to Twitter to call on the Lakers GM Rob Pelinka to pick a direction for the Lakers and either start rebuilding or commit to competing.

Dear Rob Pelinka, do something now. Either blow it all up and rebuild, or mortgage the future to fix the lack chemistry and skill on this basketball team. Do not let another season meander its way down the drain, wasting the great Lebron James’ sunset of his career. @Lakers

They went into the offseason knowing that changes needed to be made. The team wasn’t good last year and even getting healthy wasn’t going to magically fix that. They needed to either commit to making the team better or they needed to start seeing what they could get in return for LeBron James and Anthony Davis.

Instead, they decided to mostly stick with last year’s lineup. The biggest move they made in the offseason was trading Talen Horton-Tucker for Patrick Beverly, which hasn’t appeared to make much of a difference.

Meanwhile, they outright refused to deal the 2 1st round draft picks they can trade right now to try and find players that would make the kind of significant improvement the team needs. Specifically they didn’t do what they needed to get Buddy Hield to fix their shooting issues.

While the Lakers shot 8-30 from 3 last night against the Nuggets, Hield went 7-12 by himself against the Bulls.

At 0-4 and with the realistic possibility that stretches to 0-7 a week from now, the Los Angeles Lakers have to make a decision quickly whether they want to try and salvage this season or if the future is what really matters to them right now.