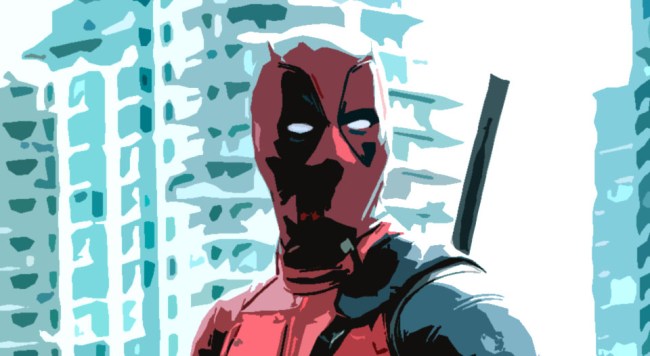 After word broke that Donald Glover’s upcoming animated Deadpool series for FXX had been canceled, for very vague “creative difference” reasons, Glover tweeted out that despite speculation, he was in fact NOT too busy to work on the show.

In fact, Glover was SO not busy that he also tweeted out a comical 15-page script that references the series’ cancellation.

That was our first taste of what could have been.

And now we have our second in the form of rejected test footage of Glover’s animated FXX Deadpool series that appeared online over the weekend.

Animation company Titmouse tweeted out the test reel, saying, “We heard Deadpool suffered a brutal and premature demise, but we all know he’s not really dead. Take a peek at our animation test, it’s aight.”

And it was. From the looks of the footage, it’s your typical Deadpool fare — snarky, gory, and completely over-the-top.

Then, just to top off how much we’re missing out, we come to find out that had the series actually gone into production, it would have been animated by Floyd County, the studio behind Archer.

And to think, Stephen Glover, who was going to serve as an executive producer and writer alongside his brother, said in a series of now deleted tweets that one episode was even going to involve none other than Taylor Swift.

“There really was a Taylor Swift episode,” Stephen wrote in a tweet. “It was HILARIOUS. And it definitely was the last straw lol.”

Check out the test footage below…