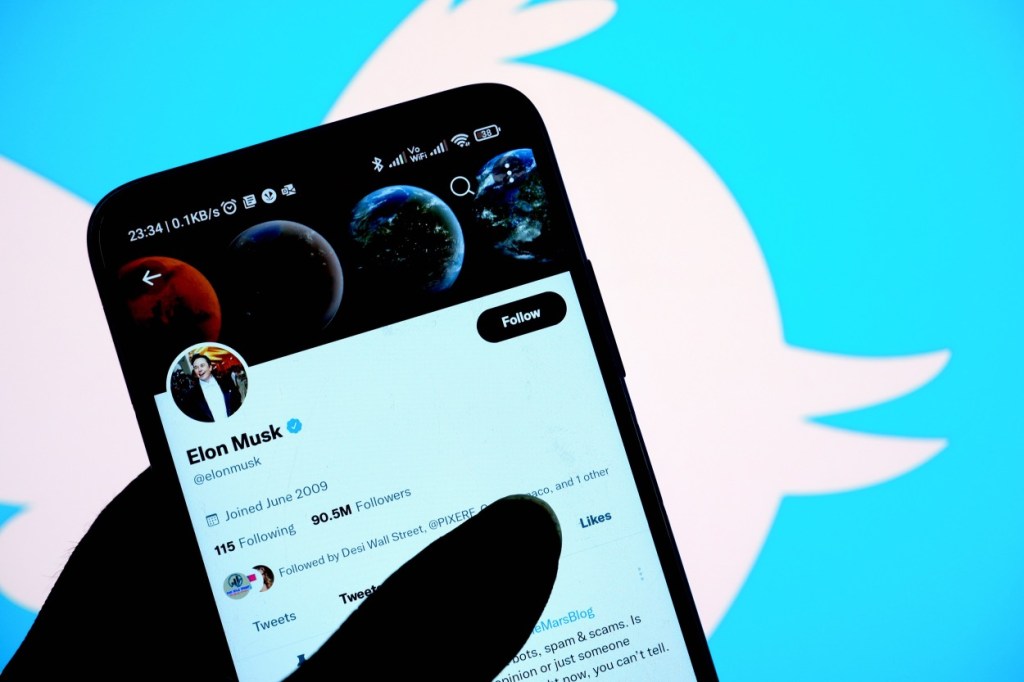 Soon-to-be owner of Twitter, Elon Musk, remains the world’s wealthiest person and he’ll still hold that title after paying $44 billion for Twitter. Elon’s current net worth according to the Billionaire Index is $268 billion while the world’s second richest person, Jeff Bezos, has a net worth of an even $150 billion.

Elon Musk is one of the busiest people on the planet and he has more titles than a British lord. He’s listed as the Founder and CEO of Space X, CEO and product architect of Tesla, founder of The Boring Company, X.com (part of PayPal), the co-founder of Neuralink, OpenAI, and Zip2, and he’s the President of Musk Foundation.

According to a new report from CNBC, Elon Musk will soon add another title to his name and become the CEO of Twitter after the acquisition deal is completed. Parag Agrawal is the current CEO of Twitter after taking over for founder Jack Dorsey who stepped down in November 2021. It’s easy to imagine how it’s unsettling for Twitter employees that it’s only been six months with their current CEO and there’s already talk of Elon taking over.

Elon Musk is expected to serve as a temporary CEO of Twitter for a few months after he completes his $44 billion takeover of the social media company, sources told CNBC’s David Faber.

An SEC filing on Thursday revealed Musk secured approximately $7.14 billion in equity commitments from friends and other investors to buy Twitter. Faber said Musk handpicked the investors. Commitments range from $1 billion from Oracle co-founder Larry Ellison to $5 million from Honeycomb Asset Management, which invested in SpaceX. Faber added that Twitter co-founder Jack Dorsey may back it, and Musk is talking to him about the possibility of contributing shares immediately or prior to the closing of the merger.

I guess in the back of my mind I always assumed that Elon Musk would want to get hands-on with his $44 billion acquisition after the Twitter deal closed. Never did I stop to think about what corporate structure he might leave in place because it seemed likely he would want to add a fancy title to his accolades and be a part of the decision-making process. But over on Twitter, the response from Elon Musk’s biggest fans and detractors is pretty polarized.

And he's probably right: "Musk also pledged to make the company a magnet for talent" https://t.co/aqWlrUGrTK

So the most socially awkward guy to host SNL in 50 years is going to run the largest social media platform?😂 What could go wrong?

The only thing that makes Twitter good is the people. If the people all leave, Musk has nothing but another TruthSocial.

Elon’s first meeting: “so what do you all actually do here?”

How’s the market responding, you ask?

There are a lot of vile and needless tweets tagging Twitter’s current CEO Parag Agrawal and it seems more telling about the people who are responding to this news than anything. If random Twitter users have some vendetta against the current CEO and are deluded into thinking Elon Musk is going to fix everything they should really log off and take a break for a few months.

On the flip side, anyone who automatically assumes Twitter is going to get worse or better because Elon Musk is taking over as interim CEO should take a deep breath. This is going to be a slow process and he’s not going to blow up a $44 billion purchase and allow himself to get laughed at by the entire world.