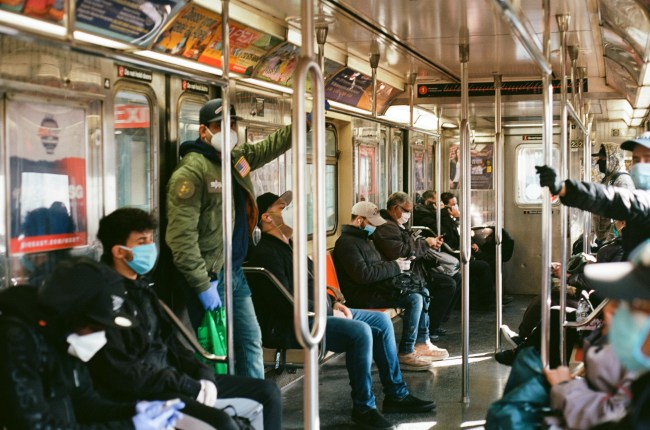 Luke Winkie is a visionary. The writer penned an op-ed in the Times in which he proposed a resettlement tax, among other ideas, for New Yorkers who fled the city during the pandemic but now want to come back:

It’s strange to watch those same friends, acquaintances and colleagues who abandoned ship orbit back to the city… I believe I speak for all pandemic-weathered New York City residents when I say that we cannot let these transplants off so easy. This indiscretion shall not stand.

First things first: City Hall should immediately move to enforce a resettlement tax on all returning New Yorkers. The levy will be determined at the very moment they touch down at J.F.K., determined by both their income level and how flagrant their desertion was. (If an exile spent the entirety of the pandemic on the crystal waters between Monaco and Sardinia, they can expect to pay up.) That money will be used to fund a public good ascertained, through a special election, by those of us who never left.

If you didn’t file a change-of-address form, you’re good. Everyone else is under the gun. We saw the videos from the Joshua Tree ranch, OK? You can’t just march back in here as if you own the place.

In recent days, as the weather and vaccine availability continue to improve, we’ve heard rumblings of the “return” of New York City. Restaurant capacity is growing, schools are reopening, and live performances are about to resume. The Daily Mail reported that all those super rich finance guys who fled to Florida are now eyeing a return because—surprise!—Florida sucks balls. And those of us who have stuck it out all these long, quiet months are facing the return of packed subways and sidewalks. Hooray!

Do I deserve to put myself in the “stuck it out” category? Kinda. We went to Maine from late March until early September, though I came back to NYC 4-5 times to record our podcast and check that the apartment wasn’t overrun with squatters. Since September, my girlfriend and I have been here. And that should count for something, right? The dreaded second wave didn’t send us to Miami. The second closing of restaurants didn’t have us checking Zillow listings in Austin. We dutifully paid our sky-high city and state taxes, we didn’t file any sort of address change, and we stared at the gray wall outside our window as snow flurries danced to the ground like the ashes of our once-vibrant social life.

Now, the REAL troopers—like Luke Winkie—were here for ALL of it. These stalwarts would likely sniff haughtily at my professed membership in the New York Loyalty club. And they’re absolutely right to sniff. However, so long as there are people who are less loyal than you, you’re entitled to sniff yourself. As my high school friend used to say about being chased by the police, “you don’t have to outrun the cops; you just have to outrun your friends.”

Which brings us to the fair-weather fans who fled New York for the entirety of the pandemic, and only now are they wanting to come back. These are the people who found six-month rentals in warmer climes with lower income tax rates and filed their taxes accordingly. They’ve been posting Instagram stories of the bouncing bars and restaurants, rubbing their fun in our faces and claiming they might never come back. But once the glitter of South Beach wore off, they looked back over their shoulder at the gleaming metropolis of New York City—the soaring skyline, the stoic arm of Lady Liberty, a half-decent Knicks team—and felt the pangs of FOMO setting in.

Well, fuck that. Winkie is right: you want back in, you gotta pay. I’ll take it one step further—we should create a caste system for restaurant reservations, concert tickets, Broadway shows, and subway seats. People will be assigned an access badge that gives them priority based on how much time they spent away. All you Canadian geese who fled south for the winter will be at the very bottom for reservations at Carbone, for tickets to the next Hamilton, etc. Good luck reintegrating to a New York City that puts you at the back of the line.

Obviously this won’t happen. New York will do exactly what it always does: whoever has money… wins. But a boy who half-stuck it out can dream.