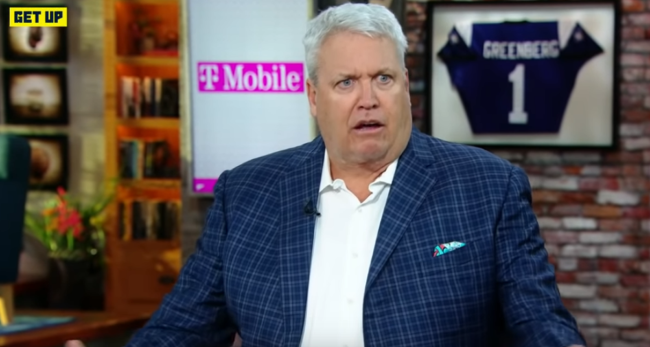 Well, the unthinkable almost happened Sunday night. The Las Vegas Raiders and the Los Angeles Chargers almost tied, which would have put both teams into the playoffs.

Somehow, the very heavily-favored Colts lost to the Jaguars, which meant that if Sunday night’s game had ended in a tie, the Steelers then would have been bumped out of the playoffs.

Related: Pittsburgh Steelers Fans Went Through ALL Of The Emotions Watching The Raiders And Chargers Almost Tie

With 38 seconds left in the Chargers and Raiders game it looked like that was exactly what was going to happen too.

And then, with the Raiders in possession of the football with a 3rd-and-4 at the Chargers 39-yeard-line, Chargers coach Brandon Staley inexplicably called a time out.

The Raiders, who appeared content to go home with a tie and a playoff spot, suddenly changed their strategy, according to quarterback Derek Carr.

A few plays later and Las Vegas was the winner and the Chargers were sent packing with no playoff berth.

On Monday, former NFL coach Rex Ryan went OFF on Staley for his decision-making skills.

“We’re being robbed as NFL fans that we don’t get to see Justin Herbert in the playoffs,” Ryan said on Get Up.

“This guy coaches like he’s a Division III coach that nobody cares about,” Ryan continued. “It’s hard not to make the playoffs with a franchise quarterback, but congratulations, you did it.

“How he faces his football team after this one is incredible to me.

“And here’s the thing, people praise him! ‘I’m old school. Rex, you’re old school. This guy gets it.’ Yeah, this dude, he has no idea! He’s got no experience, he got nothing!

“And to me, you inherited a team you were born on third base thinking you hit a triple? That’s this cat right here!”

Rex Ryan went on to give props to Chargers QB Justin Herbert, but kept dropping the hammer on his coach Brandon Staley.

“This guy doesn’t get it! Brilliant? What makes him brilliant? He was a defensive coach that has a horrendous defense that can’t stop the run when you know they’re gonna run,” Ryan added. “Does that make you brilliant? No, it makes you a coach that’s supposed to be a defensive guru, but you never really earned your stripes, my friend.

Tell us how you really feel about Brandon Staley, Rex.