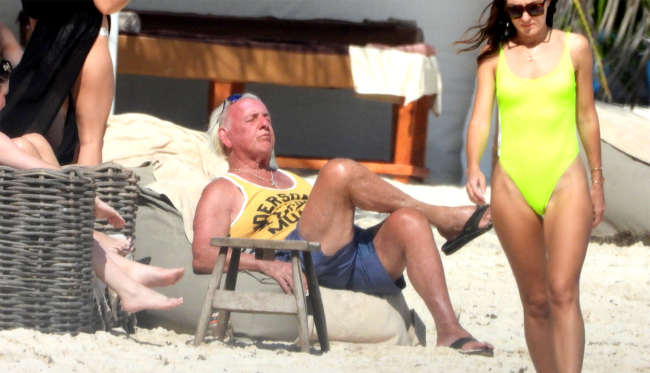 Count Ric Flair among the many people who believe Will Smith’s slap of Chris Rock at the Oscars was pre-planned and not real.

Flair made his claim to none other than Mike Tyson while speaking to the New York Post on Saturday.

“I didn’t think it was real,” Flair told Tyson, his business partner in Tyson 2.0, a cannabis company.

“I can speak for myself, and I’m pretty sure I’m speaking for Mike, if I didn’t like a remark, for any reason whatsoever, that somebody said about my wife, I would be punching them — not slapping them,” Flair added.

“It would be more than one punch, too,” Tyson added.

“When you’re mad at someone, you don’t slap him, you punch him,” Flair continued.

The two legends of wrestling and boxing hooked up when Chad Bronstein, the co-founder of Tyson 2.0, approached Flair with the intent of partnering on a line of edibles that “makes you go ‘Woooooo!’”

“Chad invited me to lunch one day,” Flair, 73, told the New York Post. “I had no idea what it was about, but he said that maybe we could do some business together. I could tell by talking to him he was a good guy, and he knew I’d been friends with Mike for years. It didn’t take Chad long to convince me.”

This also isn’t the first time the Hall of Famers have worked together.

“We exchanged numbers, and crossed paths a bunch,” Flair said about Tyson, a well known wrestling fan. “And now we work together on the road a lot.”