Schwifty! The First Look At ‘Rick and Morty’ Season 4 Is Here! 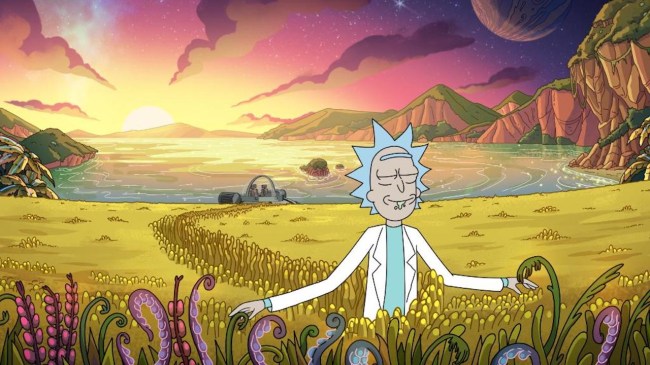 Deftly melding otherworldly visuals with intelligent themes and often shocking comedy, Rick and Morty quickly established itself as one of the most unique series on television — cartoon, comedy, or otherwise.

Naturally, though, as Rick and Morty grew in popularity, so did the expectations and anticipation for the show, ultimately leading to a more than the two-year gap between season three and the upcoming fourth season.

In fact, series creator and self-admitted perfectionist Dan Harmon once said that his pursuit of perfection is the show’s “biggest enemy.”

But now, more than two years since the third season premiered back in April 2017, the Rick and Morty hype train is full steam ahead once again as the show prepares for its upcoming fourth season this fall.

Back in April, Adult Swim began by announcing the show’s release date — November 2019 — in a quick, 30-second video. Now, nearly three months later, fans have finally been given their first look at images from the mindbending, space-traversing comedy.

However, while the instant classic cartoon is called Rick AND Morty, the latter part of the duo is nowhere to be found in these early promotional images:

Does the lack of Morty have anything to do with the reveal of Evil Morty at the end of season three? Given the show’s secrecy up until this point, fans will likely have to wait until the season four premiere to get their answers.

The fourth season of ‘Rick and Morty’ — which was created by Dan Harmon and Justin Roiland — is set to premiere on Adult Swim in November 2019. At this time, the exact release date has yet to be revealed.