The First Full Trailer For ‘Rick and Morty’ Season 4 Is HERE! 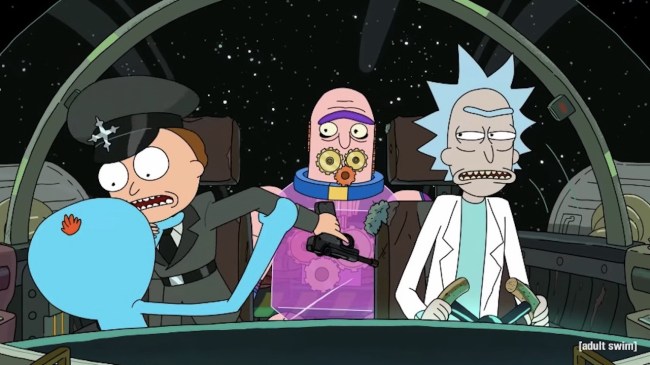 Ever since the series first aired way back in 2013 — yes, it’s been around for that long — Rick and Morty has rapidly become one of the most hilarious shows on television.

Sublimely merging out-of-this-world (literally) visuals with intelligent themes and laugh-out-loud comedy, Rick and Morty quickly established itself as one of the most unique series on television — comedy, cartoon, or otherwise.

Naturally, though, as Rick and Morty rapidly grew in popularity, so did the expectations and anticipation for the show, ultimately leading to a more than the two-year gap between season three and the upcoming fourth season. In fact, series creator and self-admitted perfectionist Dan Harmon once said that his pursuit of perfection is the series’ “biggest enemy.”

But now, more than two years since the third season premiered back in April 2017, the Rick and Morty hype train is full steam ahead once again as the show is set to premiere its fourth season this November, with Adult Swim finally giving fans their first full-look at season 4 with the official trailer.

Unfortunately for fans, though, the trailer reveals that “five new epsiodes” will launch on November 10, describing it as “half the season you deserve” and “all the season we could handle.”

Given that Adult Swim gave Rick and Morty a new 70-episode deal back in 2018, fans shouldn’t panic that Season 4 will only be five episodes long. However, it is strange that — given all the time they’ve had between seasons — only five episodes are being teased at this time.

The highly-anticipated fourth season of Rick and Morty will premiere on Adult Swim on Sunday, November 10th at 11:30 p.m. EST.