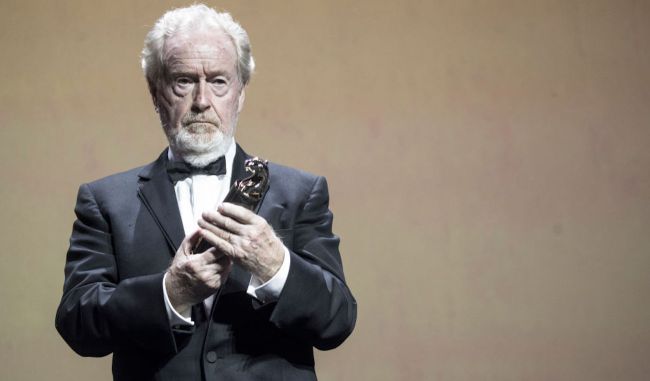 Ridley Scott is a legend of the movie industry, don’t get me wrong. But, to be fair, Ridley Scott also isn’t having that great of a Fall, either.

The Last Duel, which by all accounts is a solid movie (86% critic score and 82% audience score on Rotten Tomatoes), hit theaters on October 15 and immediately bombed, making just over made only $10 million domestically and about $30 million internationally. House of Gucci, on the other hand, doesn’t hit theaters until November 24, but based on early reactions from critics, it doesn’t appear like the film will fare all that better.

As a result, Scott appears to have taken some of his frustration out on the current king of Hollywood, superhero movies.

During a recent interview with Deadline, Scott based superhero movies, labeling them “fucking boring as shit” and taking particular issue with their scripts.

Almost always, the best films are driven by the characters, and we’ll come to superheroes after this if you want, because I’ll crush it. I’ll fucking crush it. They’re fucking boring as shit. Their scripts are not any fucking good. I think I’ve done three great scripted superhero movies. One would be Alien with Sigourney Weaver. One would be fucking Gladiator, and one would be Blade Runner.

While Scott may have a legitimate point, it’s hard to receive his comments as nothing more than the old guard taking shots at the new wave.