This Strange Ring Doorbell Footage Has The Internet Perplexed … Is It Bugs? Aliens? Ghosts? Fairies? 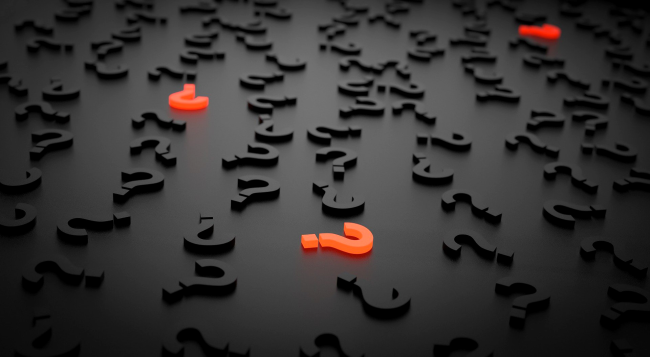 Seriously, is there a greater invention in the 21st century than the Ring doorbell? No, I am not talking about the handy app that comes with it that allows you to see who’s at your door or any of that mundane stuff.

I am talking about the absolutely weird AF crap that gets recorded on video by Ring doorbells and then gets shared on the internet.

Jet debris crashing to Earth on the street? You betcha!

There really is no shortage of wild Ring dorbell videos, which we never would have had access to way back in the 1900s.

For instance, how about this guy on Reddit who posted a bizarre video showing footage from his Ring doorbell that has left hundreds of viewers scratching their heads because they simply cannot figure out what they are seeing.

“At first it seems like a camera artifact, but then it clearly moves away behind the pillar and that goes out the window,” wrote Redditor qp0n. “Bugs would be the next guess, but I’ve never seen any bugs move/behave like that. But I think the ‘web’ or something similar hanging from a thin thread and blowing in the wind is a reasonable explanation. Imagine they’re hanging from something above and the behavior makes sense.”

“Yeah. Super weird. Before I go off the deep end, it just seems like coordinated movement,” said Eder_Cheddar. “If fireflies flew into a spiderweb, I doubt they’d all collectively tell one another to ‘make a left. Now go straight. Crap… back up back up.'”

The OP says the video was taken in Southern California, so no fireflies.

“Man I’m stumped on this one,” commented HazmatSamurai. “The movements are so odd, and the tracer/trail it leaves towards the end is super interesting. I can’t think of anything natural that hovers around like this. Like others have said, it almost looks like a little fleet of UFOs. Who said aliens were big? For all we know they could be tiny.”

“It is very odd,” Goldeniccarus wrote. “They move kind of in tandem, a level of coordination you wouldn’t expect from bugs. From that is assume they were maybe bugs that were stuck together somehow, like on a spiderweb fluttering in the breeze, but the movements don’t really look like that, too smooth, and not quite like they’re being blown by wind. So I dunno, you’re probably haunted. Get a young priest and an old priest and all that.”

“It’s very odd, I have no clue what it is. It’s interesting as it travels at the end away from the foreground and down the path around the column. That rules out a spiderweb, is there any known insects like a firefly that might be mistaken in your area?” pondered MuuaadDib. “It sure has a Will-o’-the-wisp feel to it. Is there wind that night or do you get whirl pool effects of wind near your door like small dust devils?”

“I’m going to be practical and say ghosts,” guessed Lord_Barbarous.

“As someone who is learning perspective for art. Something is really there and is moving correctly to the fisheye lens. Really weird,” commented falco-malleo.

Take a look. What do you think this is?

Ring Doorbell Footage – Bugs? Spiderwebs? I was directed here after posting this as a comment in r/Ghosts from r/HighStrangeness

The final word goes to Redditor Delta_Dharma who wrote, “Hypothetically speaking imagine that cloaking technology were possible. Would something (terrestrial or extra terrestrial in origin) using this technology have an artifacting effect when observed through a camera?

“What I mean is an artifact or some sort of lensing distortion like an orb or light that’s only visible through a camera. Sort of how the magnetic field of the earth has strange magnetic weak points that occur at the aurora borealis or aurora australis where solar wind is redirected to? In the case of the door camera, perhaps some infrared light emanating from the device is being distorted by a hypothetical cloaking device.

“The reason people don’t take paranormal phenomena seriously is because they don’t propose a feasible explanation to what’s observed.”

Whatever it is, it’s weird.