Robert Downey Jr. Is, Once Again, Teasing He Could Return As Iron Man 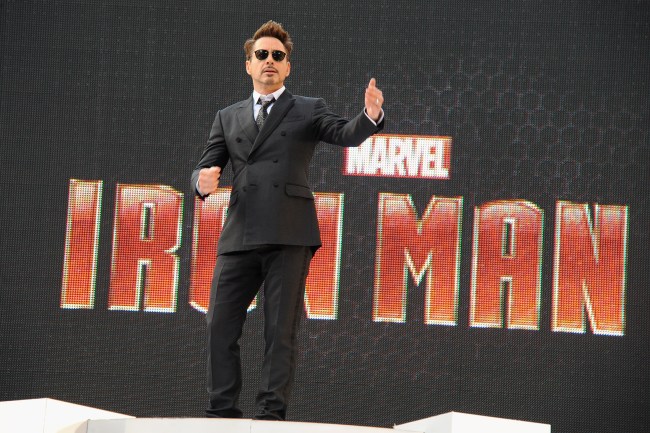 Even for someone as notoriously cheeky as Robert Downey Jr., the number of times he’s played coy about returning to the Marvel Cinematic Universe is beginning to suggest he knows something that we don’t.

In the last year alone, this is now the third article I’ve written about Downey Jr. making a casual comment here or a “joke” there about suiting back up as Iron Man. And after a while, you have to turn to Occam’s Razor and accept that the simplest answer is probably the right one: that door remains open.

Take this recent interview with British GQ (who was actually profiling Tom Holland, not Downey), where he once again refused to give a definitive answer to the question of a Tony Stark return.

“What I am saying is there was a Spider-Man before Tom Holland and there will be a Spider-Man after Tom Holland. That’s facts, Tommo. Sorry.” What about Downey, I ask, unable to resist: now he’s out, could he ever find himself stepping back into the MCU again? As Iron Man? “Well…” he mummers. “I have alighted, for now. Real world to save. But never say never.” [via British GQ]

Downey Jr. isn’t the only Mt. Rushmore Avenger that could appear in the future, as there were reports earlier this year that Chris Evans was in talks to return as Captain America “in at least one Marvel property with the door open for a second film.” Now, while Evans seemingly shot down this report by tweeting it was “news” to him, the report didn’t come from some sketchy fan-run blog, it came from Deadline, one of *the* preeminent Hollywood trades. And where there’s smoke, there’s fire.

Given how the MCU is on the verge of exploding into a multiversal storytelling medium, the avenues in which the likes of Downey Jr. and Evans become essentially limitless. For example, as soon as the news about Evans came out, fans immediately began speculating it would be in an appearance as Hydra Cap in an alternate universe.

There’s also a potential Secret Wars storyline down-the-road, which would be an Avengers film so massive that even the Russo Brothers would be game to return to the franchise for it, as they told us last summer: “To execute something on the scale of Infinity War was directly related to the dream of Secret Wars, which is even larger in scale.”

Right now, all we can do is wait and see. With Downey Jr. already rumored to appear in Black Widow (if and when that movie ever gets released), it seems, dare I say, inevitable that he’ll roam the skies as Iron Man once more.