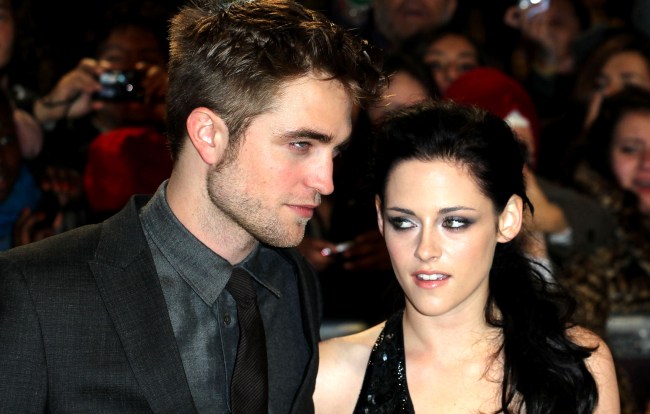 Have there been two more stranger people to star in one of the biggest money-making movie franchises in the world than Robert Pattinson and Kristen Stewart did with The Twilight Saga?

Those five films made over $3.3 billion in worldwide box office receipts and the two lead actors, Pattinson and Stewart, had never had anything more than small supporting roles in feature films up until that point.

Stewart, as is well-chronicled, seemed to actually loathe all the attention she received for the success of the movies. Pattinson, on the other hand, just didn’t seem to really know what to do with it.

There is a reason for that according to what Pattison said in a recent interview he did with Jennifer Lopez for Vanity Fair. He had no idea the movies were going to be so big.

“To me, Catherine Hardwicke, who directed it, had done Thirteen and Lords of Dogtown. They were little movies, and they were kind of hard-core. Kristen was in stuff as well; she’d been in Into the Wild and some other things. And it was very indie,” Pattinson said about his expectations for Twilight.

“You thought it was going to be a Lost Boys type of thing?” Lopez followed up.

“Exactly. I mean it’s a weird story, Twilight. It’s strange how people responded,” he replied. “I guess the books, they are very romantic, but at the same time, it’s not like The Notebook romantic. Twilight is about this guy who finds the one girl he wants to be with, and also wants to eat her. Well, not eat — drink her blood or whatever. I thought it was a strange story. Even the way I promoted it, I was very open about how strange I thought it was when I was doing it.”

YES. Yes, it was a strange story. Thank you. His character admitted in the movies to being a monumental serial killer and Stewart’s character didn’t care! What the hell?

Pattinson: “With Batman, there was something — I was very focused on it. It kept coming back into my head.”

Lopez: “So you sought out the part?”

Pattinson: “Well, not sought it out directly. But I was interested in it. I don’t know what it is, which happened inside of me, but I was like, ‘I kind of want to do it.” I like doing something which an audience doesn’t know that it wants, and try to get it out of them: “Oh yeah, you want to play Batman.'”

Lopez: “You’re going to be Batman.”

Pattinson: “And that’s crazy! Let me tell you something. Whenever I see that little action figure, I still haven’t really got my head around it yet.”

Must be nice to “kind of want” to play Batman in a feature film and get to actually do it.

Well, for most people, I mean.

Pattinson and Lopez also talked about her recent film Hustlers, seedy clubs, his film The Lighthouse, Method acting, performing at the Super Bowl, and the fact that he thinks he has a ballerina inside him. Not literally. I think.

Sadly, there was no mention of how he made up a story about a dead clown back in 2011.