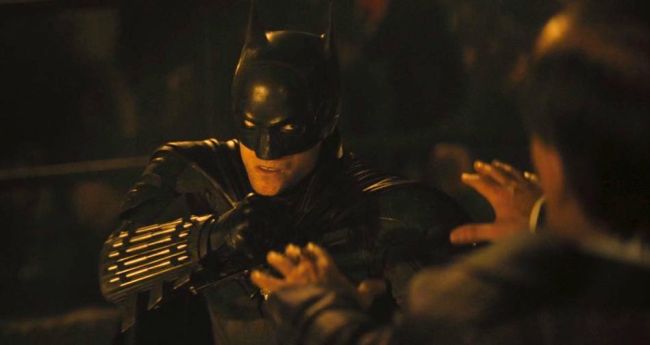 When the first teaser for Warner Bros. highly-anticipated The Batman first drop in August 2020, many movie fans were quick to notice how well pairing the trailer with a version of Nirvana’s “Something in the Way” worked on a thematic level. Little did we know, though, that those Nirvana ties would actually be embedded into the DNA of the film, as director Matt Reeves recently revealed that Robert Pattinson’s version of Bruce Wayne is actually inspired by the late, great Kurt Cobain himself.

“When I write, I listen to music, and as I was writing the first act, I put on Nirvana’s ‘Something In The Way’,” Reeves told Empire Magazine. “That’s when it came to me that, rather than make Bruce Wayne the playboy version we’ve seen before, there’s another version who had gone through a great tragedy and become a recluse. So I started making this connection to Gus Van Sant’s Last Days, and the idea of this fictionalized version of Kurt Cobain being in this kind of decaying manor.”

Perhaps unsurprisingly, Reeves making a connection between a legend of grunge rock and a billionaire comic book character elicited a wide variety of reactions from movie fans, with some saying it only makes them more excited for the film, while others were left scratching their heads.

I’m calling my shot now: I’m anticipating that The Batman will rival The Dark Knight for the title of being the greatest Batman movie of all time. While The Dark Knight boasts Heath Ledger’s Joker, the best performance in the history of comic book movies, I have a feeling that The Batman will nail the actual *Batmaning* — fighting, grappling, leaping across rooftops, etc. — far better than Christopher Nolan’s trilogy did.

This nigga about to be a nut case, I love it. https://t.co/nBquMBiEKR

Shit bouta be the goated Batman movie I can feel it https://t.co/VNhF1mLxU9

this is going to be either the greatest adaptation of batman or the worst https://t.co/rnujcXbgGT

he looks depressed as fuck and looks like he hasn’t showered in a week. all time classic on the way https://t.co/k1Ikrt4gWj pic.twitter.com/MJC5Uf1kEN

This movie is going to suck https://t.co/XjHNrwPhXO

RELATED: New Trailer For ‘The Batman’ Potentially Teases The Appearance Of A Legendary Gotham Villain