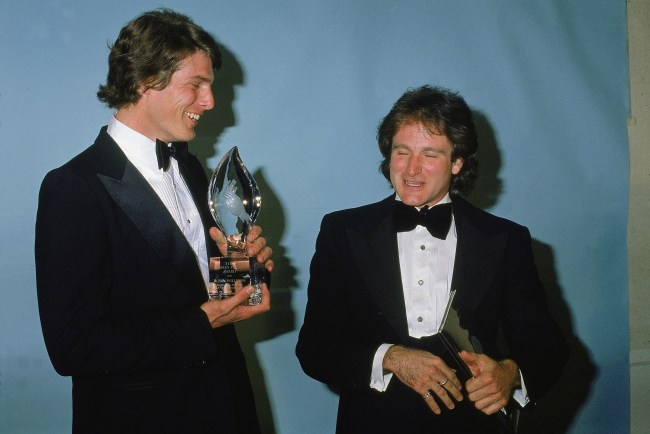 Full disclosure, reading this article in full may make you sad that Robin Williams is no longer with us. BUT as my girlfriend in 8th grade’s AIM away message poignantly read, “Don’t cry because it’s over, smile because it happened.” Miss you, Christina.

There is a new Robin Williams documentary titled Robin Williams: When the Laughter Stops that premieres on REELZ Sunday, August 11, at 9 p.m. ET.

The documentary in part chronicles the relationship of Williams and actor Christopher Reeve, who met in 1973 as roommates at the famed Juilliard School in New York City (Reeve and Williams were the only students selected forJuilliard’s Advanced Program).

Robin Williams then went on to become Robin Williams, and Reeve became the first Superman depicted on the big screen, a role that won him a BAFTA and catapulted him to superstardom.

In 1995, Reeve’s life changed forever when he fell off a horse and was left paralyzed from the neck down. Reeve was unable to breathe without a portable ventilator in the wake of the accident, and it’s hard to imagine people close to Reeve didn’t treat him without the figurative hospital gloves on. Not Robin. 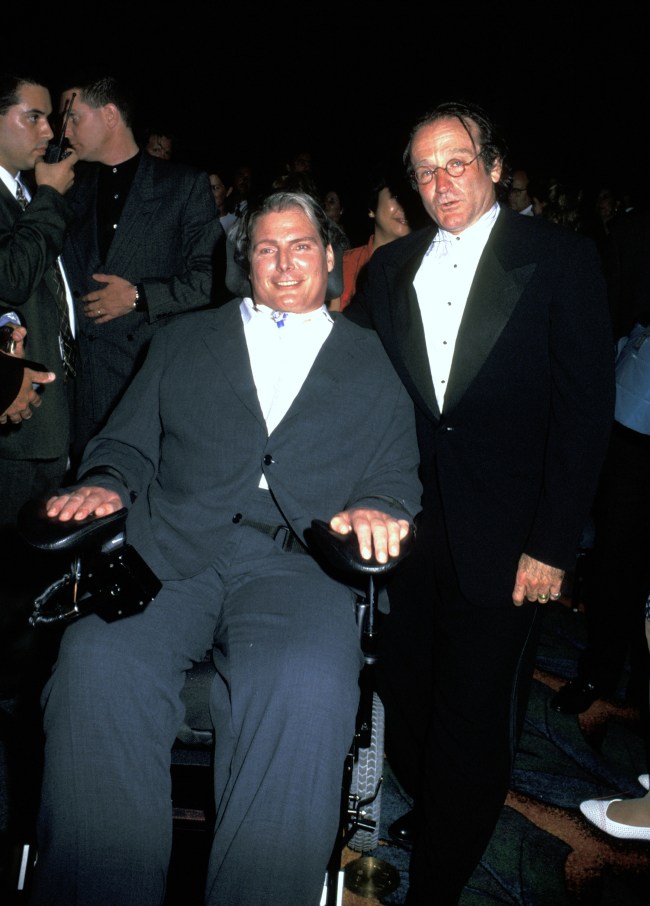 Robin was reportedly the first person to visit Reeve in the hospital, dressing up like a German doctor and insisting that Christopher turn over so that he could be given a proctology exam.

Reeve, who said he ‘wanted to die’ following the accident, until a visit from his old friend shined a light in the darkness. In his 1996 autobiography, Still Me, Reeve recalled the prank Robin had pulled that gave him hope.

‘I lay on my back, frozen, unable to avoid thinking the darkest thoughts,’ wrote Reeve. ‘Then, at an especially bleak moment, the door flew open and in hurried a squat fellow with a blue scrub hat and a yellow surgical gown and glasses, speaking in a Russian accent.

‘He announced that he was my proctologist and that he had to examine me immediately. My first reaction was that either I was on way too many drugs or I was in fact brain damaged.

‘For the first time since the accident, I laughed. My old friend had helped me know that somehow I was going to be okay.’

Reeve went on to do great things despite his life-changing injury. He lobbied for stem cell research, found the Christopher Reeve Foundation, and co-found the Reeve-Irvine Research Center before passing away in 2004 at the age of 52.

The courage that that stunt must’ve took for Robin to enter that hospital room in full character full well knowing that Reeve would not be in the mood, yet still making Reeve find hope in a dark situation, is why there will never be another Robin Williams.