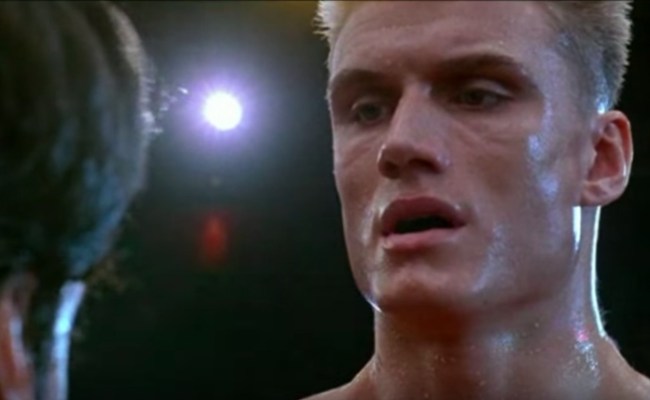 He might not have won the fight but sometimes the real victory is the lessons you learn along the way.

Rocky spawned a franchise that has spanned multiple decades, and while it might not be the most critically acclaimed film in the franchise, I’d argue there’s no installment in the series that’s more enjoyable than Rocky IV.

The 80s was filled with movies about laughably muscular dudes beating the hell out of each other, and while Bloodsport might be my favorite movie in the genre, Rocky IV is certainly a worthy contender.

If you’re somehow unfamiliar with Rocky IV, it follows the eponymous character as he sets out to avenge the death of his former foe at the hands of Ivan Drago, a genetic (and steroid-fueled) specimen hellbent on destroying everything in his path.

When we last met up with Cool Dude Bro, he had taken the time to recap Happy Gilmore in under two minutes and has now returned to give Rocky IV the same treatment with yet another hilarious synopsis.

If you’re looking to bring more Cool Dude Bro into your life, be sure to check out his summary of Jaws as well as his brief dissertation on American Pie.