Rudy Gobert And Donovan Mitchell Have Been Cleared Of Coronavirus, Per Sources 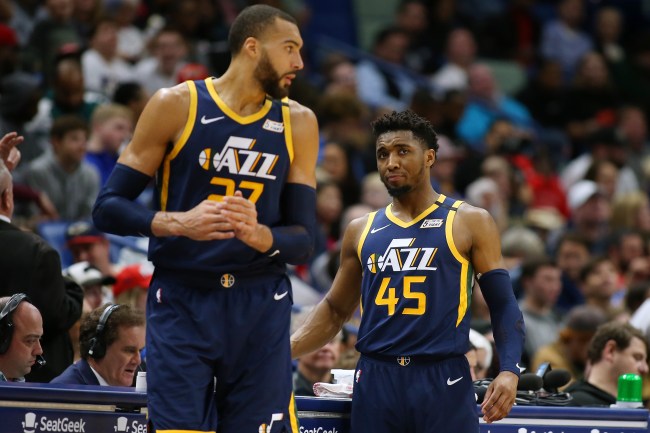 Well that’s good news. Not that there was much worry about these two. They’re NBA all-stars, aged 23 and 27. These guys are legitimately the healthiest, most in-shape people one earth. They’re superheroes.

A buddy of mine was an early denier of the virus’ perils and cited the fact that Rudy Gobert, Donovan Mitchell, an KD had all gotten it but weren’t showing terrible symptoms. I laughed in his stupid face and reminded him that he buys cigarettes after his fourth beer and thinks that chicken quesadilla is a balanced meal. The comparison doesn’t hold water. We are mortals; they are not.

You could make the case for Gobert. Gobert’s antics with the mic-touching have put him in the same box of public perception as the people who licked subway poles and toilet seats. He was public enemy #1 among NBA fans and probably players. Safe to say he’s finally breathing a little easier now that Mitchell has been cleared.

Because let’s just say that Donovan Mitchell had some preexisting lung condition that was exacerbated by him getting the coronavirus, and his health had deteriorated as a result. At that point, Rudy Gobert has to go into hiding, right? People love Donovan Mitchell. Remember this dunk he had against the Rockets back when basketball was allowed?

I remember watching that and not understanding what I had just seen. He’s 6’3” and dunking off flat feet. It’s just confusing for someone like me who has tried to defy physics before, unsuccessfully.

In any case, small victories are still victories. Hope to see these two on the court again soon.