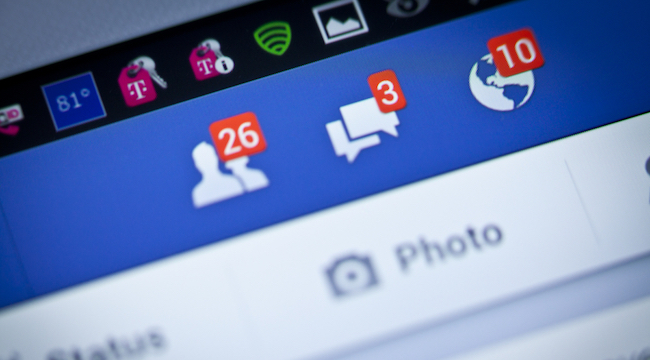 Rupert Murdoch owns a ton of companies but he’s most notably the Chairman and CEO of News Corp and 21st Century Fox, a multi-national corporation which includes extremely influential properties like FOX News, The Sun, Wall Street Journal, New York Post, and a bunch more.

As a media mogul, Murdoch has never had a particularly great relationship with Facebook and Google. In 2009, he famously threatened to remove all Newscorp links from Google and only host his company’s news on Bing. Rupert was blasted by much of the media for that threat back in 2009, and he’s getting laughed at again after releasing a statement in which he claims that Facebook should be paying ‘trusted’ publishers for their content in the same way that cable companies get paid carrier fees.

“Facebook and Google have popularized scurrilous news sources through algorithms that are profitable for these platforms but inherently unreliable. Recognition of a problem is one step on the pathway to cure, but the remedial measures that both companies have so far proposed are inadequate, commercially, socially and journalistically.
There has been much discussion about subscription models but I have yet to see a proposal that truly recognizes the investment in and the social value of professional journalism. We will closely follow the latest shift in Facebook’s strategy, and I have no doubt that Mark Zuckerberg is a sincere person, but there is still a serious lack of transparency that should concern publishers and those wary of political bias at these powerful platforms.
The time has come to consider a different route. If Facebook wants to recognize ‘trusted’ publishers then it should pay those publishers a carriage fee similar to the model adopted by cable companies. The publishers are obviously enhancing the value and integrity of Facebook through their news and content but are not being adequately rewarded for those services. Carriage payments would have a minor impact on Facebook’s profits but a major impact on the prospects for publishers and journalists.” (via)

Rubert Murdoch’s already getting but on blast by websites like Mashable for making this bold claim that publishers should get paid by Facebook…Should Facebook pay publishers? Sure, maybe, perhaps. But there are absolutely zero reasons for Facebook to ever pay publishers so making that claim is kind of poppycock. Publishers get web traffic from Facebook and news outlets can’t exist without that web traffic. Facebook is already giving publishers the traffic they need to survive (though that traffic has been declining and disappearing for years).

Why the hell would Facebook ever entertain the idea of paying publishers when they don’t have to? It seems to me like Murdoch might just be cranky about the impending algorithm changes on Facebook which will see ‘trusted sources’ voted on by Facebook users, a move which could potentially cause a huge decrease in his company’s web traffic across all properties.