Poisoned Russian Opposition Leader Alexei Navalny Is Back In The World; How Do You Live Your Life Now? 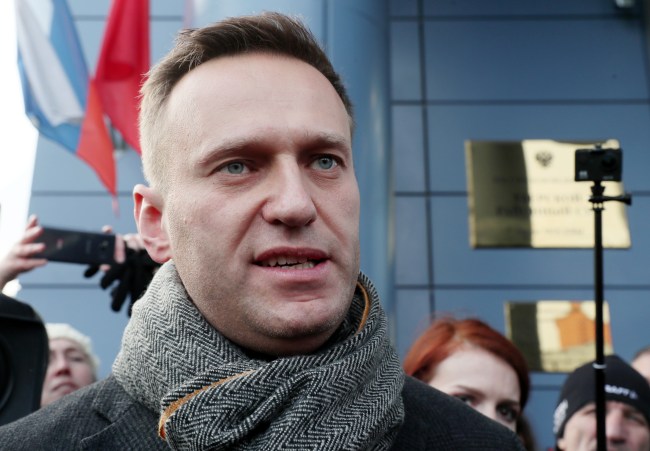 Alexei Navalny has been discharged from a Berlin hospital after 32 days of treatment. He is expected to make a full recovery, his doctors said. https://t.co/q3e6mWUrqg

Aleksei Navalny has been released from his hospital in Germany after being poisoned by Russia, and he’s ready to take on the world.

NY Times– Aleksei A. Navalny, Russia’s most prominent opposition leader, has been released from a hospital in Germany and could make a full recovery from poisoning with a highly toxic nerve agent, doctors said on Wednesday, as European leaders wrestled over a response to Moscow.

Remember your worst high school breakup? Where for weeks, you’d peek around hallway corners to make sure you didn’t run into your ex, and you’d text friends on Friday night to find out if she was going to the party to make sure you’re not in the same room at the same time? Now, imagine if that ex was Vladimir Putin. And instead of worrying that he might make a scene at the beer pong table and call you a heartless fuccboi, he’s going to dose you with top secret government-lab-cooked Novichok poison that will shut down your muscles and drown your lungs in fluid, killing you rather painfully.

Would you leave that hospital and head back out on the campaign trail?

I think I’m asking those doctors to put me right back under that sweet, relaxing medically-induced coma. What’s the rush? The world is operating at half-speed right now anyway thanks to COVID. Why not take a few more weeks to dream about sipping ice-cold vodka in a hammock at a seaside resort in Sochi? Let those nurses empty your colostomy bag; you’ve earned it pal. Maybe hire a few lawyers to write up a fake death certificate, put out the story that your body succumbed to the toxins, and wheel out in a laundry hamper under cover of darkness to a FedEx plane that will whisk you to Arizona where you can share state secrets and play golf surrounded by your lovely American family until your heart gives up and you faceplant in your soup at a Cracker Barrel at the ripe old age of 54 like most Americans.

Doesn’t that sound better than a lifetime of looking over your shoulder? Of hiring a food-taster to sample everything before you eat it, except the poisons that Putin prefers tend to take hours to show signs, so the lag time between your taster’s bite and him keeling over renders the food rock stale and cold?

Mr. Navalny has said that he intends to return to Russia once he has made a full recovery.

I’ll tell ya—you almost have to admire the determination of these Russians. As if Putin hadn’t made it perfectly clear what happens to those who oppose his rule. It’s literally a game of pick your poison. If I woke up from a coma in Germany after the PRESIDENT OF AMERICA POISONED ME, you can bet your bottom dollar I’m not moving home. WHAT!?!?!? I’d be happy with any country that would have me! Germany? Absolutely! Oktoberfest, here I come. Singapore? Why the hell not? I won’t miss spitting in the street. Syria? Let’s do it! Safer than Russia, that’s for sure.

Good luck to Aleksei Navalny. Head on a swivel, guy.