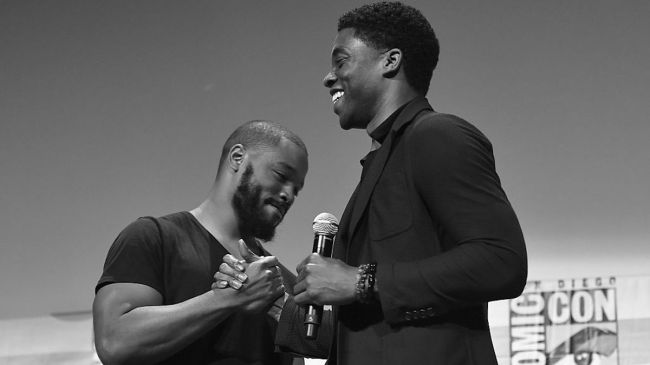 Given how stunned and saddened the general population was following the untimely death of beloved actor Chadwick Boseman back in 2020, one can only imagine how those close to him felt, especially since the late actor largely kept his diagnosis a secret.

Ryan Coogler — the director of Black Panther who was one of Boseman’s closest collaborators and friends — was hit particularly hard by his death as he recently revealed in an interview with Entertainment Weekly that he considered walking away from the movie-making business entirely following the traumatic and emotional experience.

“I was at a point when I was like, ‘I’m walking away from this business,'” Coogler, 36, admits. ‘I didn’t know if I could make another movie period, [let alone] another Black Panther movie, because it hurt a lot. I was like, ‘Man, how could I open myself up to feeling like this again?'” [via Entertainment Weekly]

Ultimately, Coogler was able to get back in the saddle to direct Black Panther: Wakanda Forever, which looks like it has the potential to be one of the best Marvel Cinematic Universe films in years. There are also rumors that Coogler is being considered to helm 2025’s Avengers: Secret Wars, which is set to literally be one of the biggest movies ever made.

Black Panther: Wakanda Forever, which stars Letitia Wright, Lupita Nyong’o, Danai Gurira, Winston Duke, Florence Kasumba, Dominique Thorne, Michaela Coel, Tenoch Huerta, Martin Freeman, and Angela Bassett, will hit theaters in the United States on November 11. A sequel to 2018’s Best Picture-nominated Black Panther, it will be the final film in the MCU’s Phase 4. Phase 5 will then kick off in February 2023 with the release of Ant-Man and the Wasp: Quantumania.