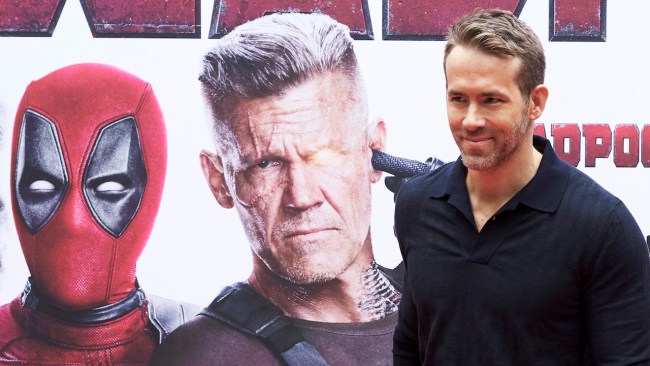 If you’re an actor that plays a superhero, one of the biggest non-monetary perks of portraying such a role is that your kid will look up to you as more of a hero than they already do.

Like, imagine picking up your kid from school one day decked out in the Batsuit? Not only will your kid absolutely adore you, but he’ll be treated like a king by his friends once they realize their dad is the fucking Batman.

However, unfortunately for Ryan Reynolds, given the profane and violent nature of his world-famous superhero Deadpool, his kids have yet to even see the movie that made their Dad a true A-list star.

Reynolds, who has two daughters and is expecting a third child with his wife Blake Lively, revealed on Twitter that instead of biting the bullet and showing his young children Deadpool or Deadpool 2, he instead just throws on the original Tobey Maguire-starring Spider-Man from 2002 and just tells his kids that Spidey is Deadpool. Truly brilliant parenting strategy on Reynold’s part.

Unfortunately for both us and Ryan Reynolds, the future of the Deadpool franchise is currently in a precarious position following Disney’s massive acquisition of Fox.

While Disney would certainly be foolish to let a franchise and an actor as successful as Deadpool and Reynolds walk, the Mouse House has never really been in the business of producing R-rated movies, especially ones with the violence and profanity that has made the Deadpool films so popular.

Hopefully, Disney accepts that the R-rating is what makes Deadpool such a massive hit and allows Reynolds to continue his work with the franchise while also finding a way to integrate him into the Marvel Cinematic Universe.