Ryan Reynolds Doubts ‘Deadpool 3’ Is Going To Happen, But An X-Force Film? Signs Point To Yes 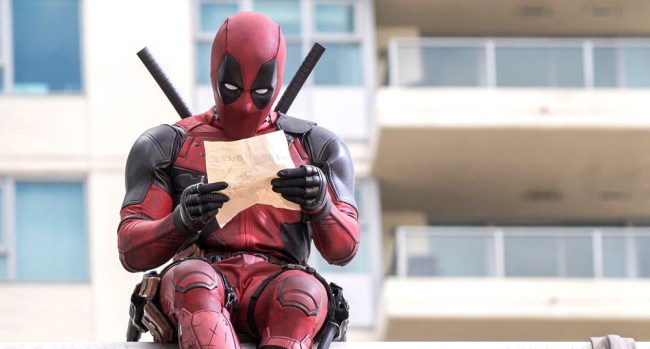 Way back in November of 2016 we heard talk of what was being discussed with regard to the plot of Deadpool 3. And it sounded AWESOME. In fact, at the time, I wanted to see THAT movie before I even see Deadpool 2, it sounded so good.

The main reason for that was because, according to that report in 2016, “Fox already is planning Deadpool 3, readying a filmmaker search for a storyline that will involve another X-team, X-Force.”

Fast forward to today and we all now know that the formation of the X-Force on film begins in Deadpool 2.

We also know, thanks to another report, that Ryan Reynolds, Josh Brolin and the gang are scheduled to start production on an X-Force film this coming fall.

The X-Force movie will be written directed by Academy Award nominee Drew Goddard (The Martian), who has experience in the genre writing the first two episodes of Marvel and Netflix’s Daredevil (on which he briefly served as showrunner), and an installment of Marvel’s The Defenders.

Also, in a recent Q&A session with Starnews Korea, Reynolds said about a third Deadpool movie, “For Deadpool 3, you know, its an odd thing to say, but I don’t think there will be a Deadpool 3. I think going forward it would be an X-Force movie, which would be his team so to speak.”

Reynolds also voiced a similar take when asked about it by Entertainment Weekly.

“I don’t know that there would be a Deadpool 3. I really don’t,” says Reynolds. “I feel like the character, in order for him to function properly within his own universe, you need to take everything away from him. I don’t think that you can keep doing that. I do see him as being a part of X-Force, obviously. I would love to see him in a team-up sort of thing, like a mano a mano or a great female character from the X-Men universe. I just think if you’re going to do another Deadpool solo film, you’ve got to really, like, get that budget down to nothing and just swing for the fences, and break all kinds of weird barriers, and do stuff that no one else can do.”

So basically the X-Force movie will serve as the third Deadpool film. Of course, if we had been paying attention to the trailer we would have noticed that Wade and Weasel already pretty much told us that. Click on the video below.

After all, as Reynolds told EW, “Why do they all have to be big comic book movies? It could be anything. Deadpool could be a Sundance film.”

Reynolds entire appearance with Starnews Korea can be viewed below…