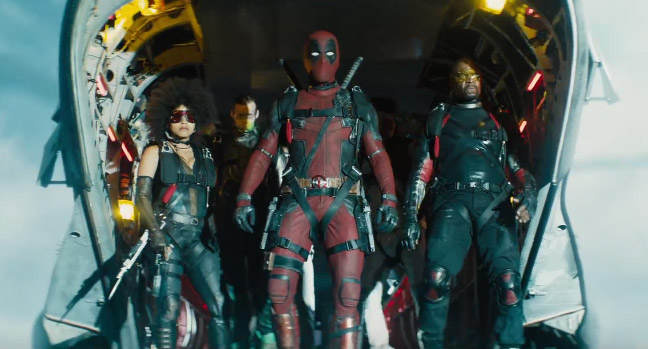 Deadpool 2 (Is that really going to be the film’s name? No way, right?) hasn’t even hit theaters yet and we’ve already got some terrific news that Ryan Reynolds, Josh Brolin and the gang are scheduled to start production on an X-Force film this coming fall.

With X-Men: Dark Phoenix, The New Mutants and Channing Tatum’s Gambit films on the horizon, new TV shows Legion and The Gifted, and the addition of an X-Force movie, shows that the X-Men cinematic universe is most definitely headed in a whole new direction.

For those unfamiliar, the X-Force, which was conceived by Rob Liefeld, the same writer/illustrator who created Deadpool and Cable, consists of many of the same characters we have seen and will be seeing in the Deadpool films. You’ve got those two main guys (Cable is the leader), Domino and Psylocke, for starters. The additions of characters like Colossus and Negasonic Teenage Warhead to the team also wouldn’t be a surprise. Plus we could see new characters introduced such as Wolverine (finally), Shatterstar, Wolfsbane, Archangel, and X-23, AKA Dafne Keen, the cloned daughter of Wolverine.

Needless to say, with a roster like that, these mutants take a very different and significantly more violent approach to stopping bad guys than the X-Men do.

According to Digital Spy…

Production Weekly reports that the film will begin shooting in October, with both Ryan Reynolds and Josh Brolin returning as the Merc with a Mouth and his mate Cable, respectively.

The comics version of the X-Force flip-flop between a militant mutant team, and black ops offshoot of the X-Men, doing the jobs that would be a PR disaster for the main team.

Digital Spy had previously announced that the X-Force movie will directed by Academy Award nominee Drew Goddard (The Martian).

His comic book experience extends to writing the first two episodes of Marvel and Netflix’s Daredevil (upon which he briefly served as showrunner), an installment of Marvel’s The Defenders and collaborating with Ryan Reynolds, Rhett Reese and Paul Wernick on Deadpool 2.

Working with Goddard on X-Force will be stalwart X-Men universe producers Lauren Shuler Donner and Simon Kinberg, as well as Ryan Reynolds as an executive producer.

That all sounds good to me! What do you guys think?