Ryan Reynolds, Or Rather Deadpool, Did Some A+ Trolling Of Josh Brolin For His 50th Birthday 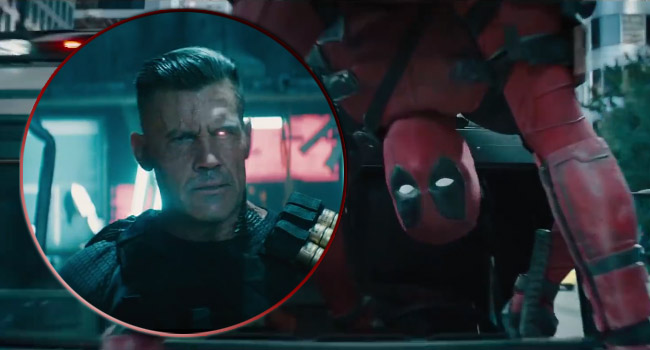 With the fresh arrival of the first real teaser trailer for Deadpool 2 (Do we still not have a real name for the movie yet? Is it really just going to be called Deadpool 2? Because if so, that’s a bit of a letdown. But I digress.) coming out and the movie set to hit theaters on May 18th, the snark and trolling that we saw with the promotional efforts (maximum efforts) for the first film are back.

We’ve already seen some of it with “Deadpool” live-tweeting Super Bowl LII, Deadpool’s response to Disney potentially buying 21st Century Fox, and them giving away free, and real, tattoos at Brazil Comic-Con.

And today we are treated to a very special birthday wish from Ryan Reynolds, king of the trolls (he’s married to the queen), to his buddy Cable, AKA actor Josh Brolin, on his 50th birthday.

“Happy Birthday, Bright Eye. You don’t taste a day over 40,” wrote Reynolds alongside a picture of Deadpool painting Brolin as his character from The Goonies.

Speaking of The Goonies…

Buddy of mine pointed out Wade is wearing the exact same shirt Chunk wears in ‘Goonies,’ which tells me #Deadpool2 is going to have some fantastic Easter eggs! https://t.co/QBfiq34Oxi pic.twitter.com/7QA0cAFrs5

And speaking of Twitter, Reynolds posted the picture of Brolin and himself on Twitter with a different caption, “Painting you like one of my French girls. Happy Birthday #JoshBrolin.”

Painting you like one of my French girls. Happy Birthday #JoshBrolin pic.twitter.com/4MVPKIjw4g

I guess now that Hugh Jackman is no longer Wolverine (thanks a lot, Jerry Seinfeld) someone has to be the brunt of Deadpool’s mockery. Good luck with that, Mr. Brolin!

Nothing better than the simple joys of finding 5 bucks in an old pair of pants, or discovering my wife and I had a second daughter over a year ago.