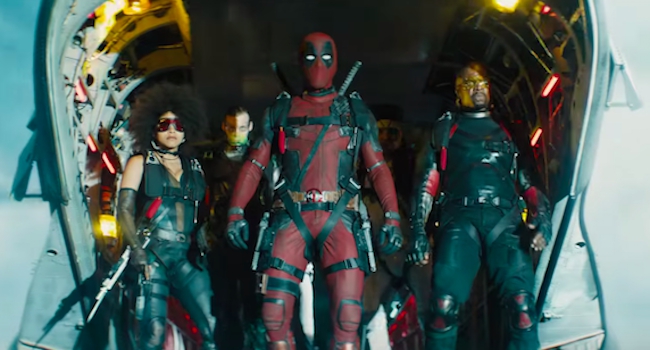 Over the past few years, moviegoers have had to withstand a tsunami of superhero movies featuring characters close to nobody gave a shit about a decade ago. Plenty of formerly marginalized saviors of humanity have been blessed with their own franchise, but I don’t think any of them have been able to entertain more than Deadpool.

Ryan Reynolds did all that he could to repay everyone who wasted valuable minutes of their lives watching The Green Lantern when the first Deadpool dropped two years ago, and it appears he’s trying to make up for the fact that he’s partially responsible for unleashing The Proposal onto the world with the next installment in the series.

There’s been a steady stream of promotional material for Deadpool 2 over the past few months, but things have kicked into high gear this week following some fantastic Super Bowl live-tweeting and a Flashdance-inspired poster.

Now, there’s a new trailer giving us a closer look at Josh Brolin’s Cable featuring all of the absurdity and metaness you’d expect from The Merc With the Mouth.

The stars of the film seem optimistic that the sequel will be a worthy successor to the first— the first time anyone in history has ever said that— but my expectations are pretty high based on what I’ve seen so far (including the fact that Deadpool 2 is being directed by the guy who was nice enough to give us John Wick).

If you decided to totally ignore the Instagram picture above, then I’d like to take this opportunity to inform you the movie is set to hit theaters on May 18. If you want to stay in the loop, you can also sign up for email updates that promise to be much more entertaining than any joke-filled chain email your grandmother has ever sent you.