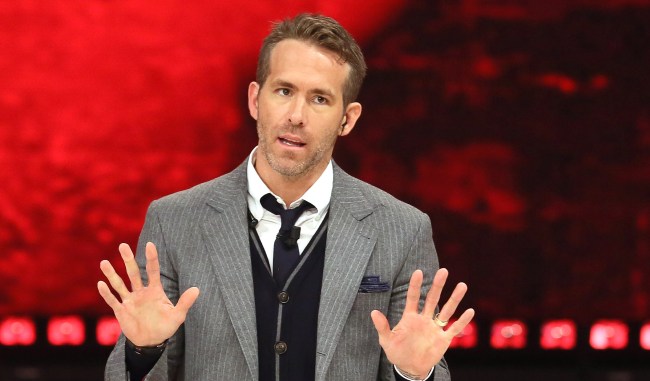 There is a story that’s made the rounds on the internet over the years that Ryan Reynolds was once kicked out of high school for stealing a teacher’s car. But is the story true?

One fan of the Deadpool actor decided to take to Twitter and try to find out over the weekend.

“@VancityReynolds is it true you stole a teacher’s car in high school?” asked @MrMoJoeRising, probably not expecting a response.

He did end up getting one, however, as Reynolds tweeted back to him, “If you and 8 friends lift a Volkswagen Beatle and move it more than ten feet without permission, turns out you’ve just stolen that car.”

So he did steal a car? Not sure I completely understand what Reynolds is saying there.

In my confusion I decided to do a little digging and came across a story published by Digital Spy way back in 2012 that discussed Reynolds’ appearance that year on the BBC Two show Top Gear.

During his appearance on the show, Reynolds clarified exactly what happened.

“I was a bit of a pariah at school. I have three older brothers, all of whom were kicked out of this very same school, so from the moment I got there, I was a marked man,” Reynolds told host Jeremy Clarkson.

An interesting side note here is the fact that the article also mentioned that Reynolds “is thought to be dating Gossip Girl star Blake Lively.” Turns out they were correct!

Reynolds continued on with his story, saying, “A teacher that we had, who was just 100 percent awful, he had this little car. It was one of those little Volkswagens. So my friends and I just played an April Fool’s prank on him – we picked it up, we lifted it up and carried it down the block. There was about eight of us.

So technically, Reynolds did steal a teacher’s car and ended up getting kicked out of high school. Thank goodness that didn’t stop him from getting accepted to Kwantlen Polytechnic University in Surrey, British Columbia… a school that he dropped out of after just 45 minutes. Not kidding.