Ryan Reynolds Reveals How ‘Method’ He Got Playing Detective Pikachu, Wife Blake Lively Is Not Impressed 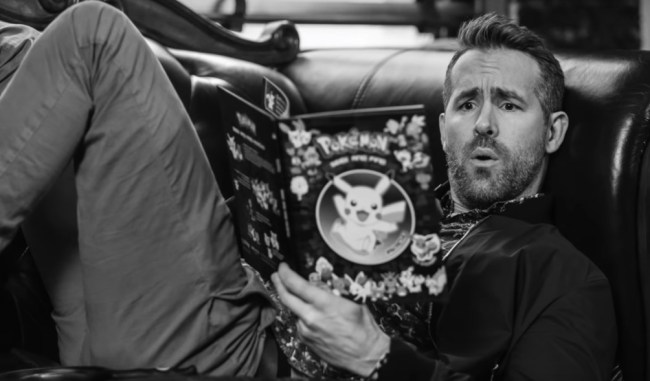 Listen, I know that what we see isn’t always how it really is when it comes to celebrities, but with that in mind, Ryan Reynolds and Blake Lively are #relationshipgoals.

If these two ever break up it’s going to put the reaction of Chris Pratt and Anna Faris breaking up to shame. In fact, if Reynolds and Blakely do ever get a divorce I think I will just ignore and live in denial that they’re still together.

Other than Chrissy Teigen and John Legend, they’re all I have left when it comes to celebrity couples I can live vicariously through.

The way Lively and Reynolds troll each other on the internet is tremendous. Throw in the fact that they’re both successful actors and two of the most beautiful people on the planet and they might just be the perfect couple.

On Monday, Reynolds and Lively were back at it again when he revealed how he prepared for his role in Pokémon: Detective Pikachu by fully immersing himself in “method acting.”

“Now, as many of you know, I vanish into my roles,” he continued. “You know, this is a funny anecdote. I was on my way to pick up my daughters from school when I heard that I got the role. Well, I didn’t show up at school. Because, Detective Pikachu doesn’t know who those two little girls are. Who are they?”

“They’re our daughters. He just left them… I mean, he didn’t even change his voice. It just sounds like him,” Lively deadpanned.

Reynolds also explained that in order to better understand his character he lived at his height (see above), and tried to lose 182 pounds before “doctors intervened.”

He closed by saying, “The point is, my daughters, they may never see their dad again, but you can be damn sure that when they’re looking up at that big screen this summer that they’re seeing Detective Pikachu.”

To which his wife responded with a chuckle, “We’re not going.”