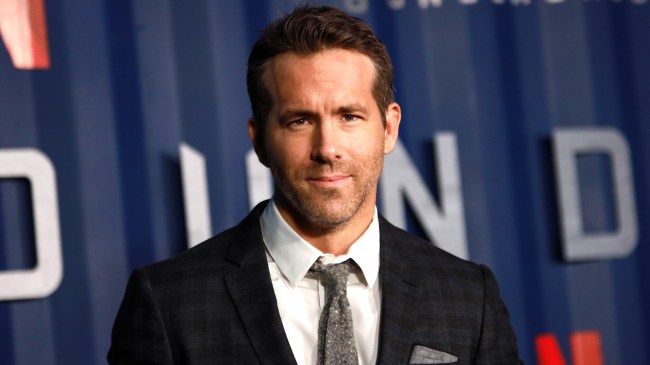 Now that he is no longer part of ownership following the $610 million sale of Aviation Gin, the company is apparently no longer interested using Ryan Reynolds to be their spokesperson.

Or, rather, the spokesrobot that’s been pretending to be Ryan Reynolds.

In a new video posted to Aviation Gin’s social media accounts, we learn that Reynolds has actually been a technologically-advanced gin selling robot.

“Hey there, it’s Ryan Reynolds from the same wooden background in my home,” says Reynolds-Bot. “I just wanted to address the big news about Aviation Gin being bought by Diageo. Now, obviously we’re super happy and proud for our little gin brand, but I just want to assure everyone that nothing is going to change; in fact that we’re going to be working harder than ever. And all of our success is really thanks to you guys. So from our home to yours, thank you.”

This is followed by him being turned off and a voiceover that says, “The Ryan Reynolds version 7.8 marketing machine has been discontinued. After 25 years on Soundstage B its mission to promote feature films, Canada, network television and smooth-tasting gin has been deemed successful. We would like to thanks Diageo, Elon Musk, the Canadian Tourism Board and Atari for their continuing support. And also viewers like you.”

Be sure to stick around to the very end.

After the recent big news, Aviation Gin Owner(?) @VancityReynolds addresses the horse in the room. Rest assured the future is soon. 🙏✈️🍸 pic.twitter.com/vavOvXKT2S

Perhaps Diageo just decided that the Reynolds-Bot’s $278 million speaking fee was just more than they wanted to shell out.

For 15 years, I've been telling people how video games improve the quality of life for people with disabilities

But to really give the maximum effort, I asked my friend @VancityReynolds to help support the mission of @AbleGamers

That sure does look like the exact same background, doesn’t it?

I love how they have framed wood photos in the background!!🤣🤣🤣🤣