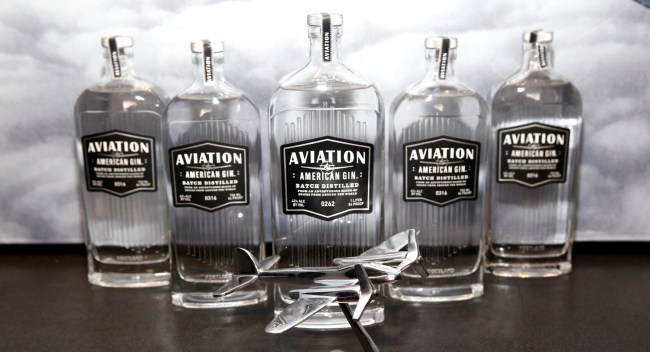 Are you famous? Want to make a boatload of money? Then you need to get into the liquor business. Ryan Reynolds knows this very well, because his Aviation American Gin just sold to Diageo for $610 MILLION.

Pretty he got a decent return on his investment there. Not as good as George Clooney when he sold his Casamigos tequila company, also to Diageo, for what could end up being ONE BILLION DOLLARS, but still pretty good. Especially since Reynolds and company will get a whopping $335 million paid to them upfront.

“A little over two years ago, I became an owner of Aviation Gin because I love the taste of Aviation more than any other spirit,” said Reynolds about the sale.

“What I didn’t expect was the sheer creative joy learning a new industry would bring. Growing the brand with my company, Maximum Effort Marketing, has been among the most fulfilling projects I’ve ever been involved with.

“I want to thank Diageo for their incredible team and passion. We’re so excited for the next chapter of Aviation Gin, which, I promise, will require just as little reading.”

It was just four years ago that Aviation American Gin was sold by its then owners, House Spirits Distillery, to Davos Brands.

Why is that important? Because House Spirits, founded in 2004, is owned by San Francisco 49ers Hall of Famer Joe Montana.

Like I said, if you are a celebrity, you really need to get into the liquor business. These people know…