Wu-Tang Clan Brings Da Ruckus With Own Brand Of Vodka 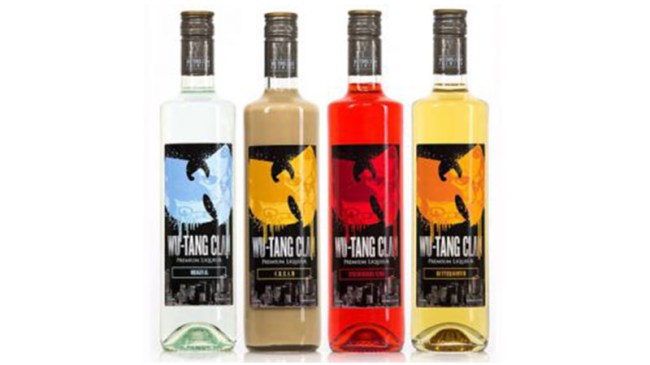 Straight from the slums of Shaolin, Wu-Tang Clan strikes again, this time it’s not a classic LP, but rather a new vodka. Wu-Tang Clan plans to triumph with their new vodka. The seminal hip-hop group from Staten Island are celebrating their 25th anniversary by offering a new line of vodkas, but you won’t be able to get them just yet or maybe ever.

Can it be all so simple as to slap a Wu-Tang logo on a bottle to sell liquor? The Wu-Tang Clan hopes so. On April 18, the Wu-Tang Clan will debut their new vodka with an event in Sydney that will feature musical performances from Jay Sean and Timomatic. Welcome to the 36 Chambers of drunk, kid. And just like these Krispy Kreme Simpsons-themed donuts, they will only be available in Australia. So Wu-Tang Clan vodka ain’t nuthing ta f*ck wit, especially if you live in the United States.

This new vodka will market itself with the notoriety of the RZA, the GZA, Ol Dirty Bastard, Inspectah Deck, you-God, Ghost Face Killer, the Method Man, Raekwon the Chef, the Master Killer, Raw Desire, LeVon, Power Cipher. This isn’t the first time that the Wu has sold their own alcohol. Last year, they started Wu-Tang Clan Premium Liqueurs that offered a strawberry, butterscotch and C.R.E.A.M. flavored liqueurs.

Celebrities love having their own alcohol companies; whether it’s Ryan Reynolds and his “best damn gin on the planet” or Diddy and Jay-Z who made millions from “cheap grapes” in their spirits or George Clooney selling his tequila company for $1 billion.