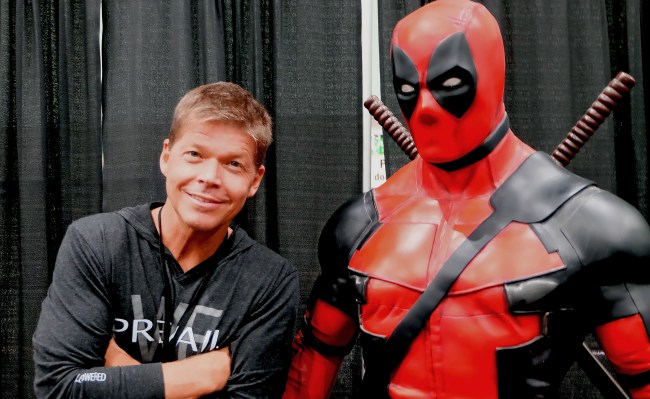 Ryan Reynolds had a very busy weekend trolling the crap out of those near and dear to him.

Of course, this is nothing new for Reynolds as he is hands-down one of the biggest celebrity trolls in the internet. (His mom is pretty good at it too.)

First he paid tribute to his lovely wife Blake Lively, who turned 32-years-old. And by paid tribute, I mean Reynolds posted the worst photos of Lively he could find on his Instagram account.

I am particularly fond of this one.

So, with his troll machine fully-engaged, Reynolds decided to carry on tormenting others by checking in with some hilariously bad comments on Deadpool creator Rob Liefeld’s Instagram Live stream Sunday night.

Ryan Reynolds should have his own show where he just sits around and comments on other people’s live streams.

As for the future of Deadpool? We’re still waiting to hear for some official word from Disney.

According to one report…

Deadpool will be the first “Fox” character integrated into the MCU, and the plan for the Merc With a Mouth includes an end credits scene in next year’s Black Widow, an appearance in the upcoming Avengers, and his own solo flick

We’ll believe it when we see it. Fingers crossed.