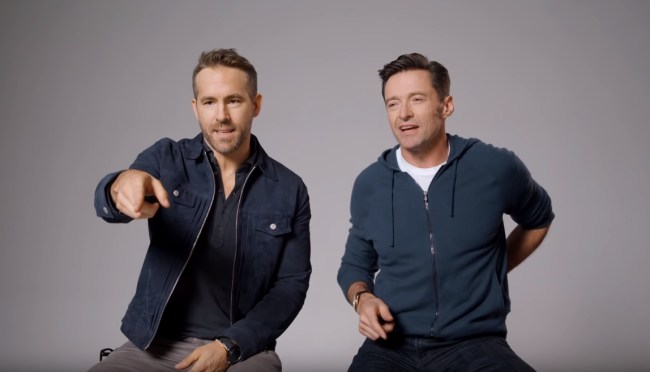 The friendly rivalry between Ryan Reynolds and Hugh Jackman has been going on for some time now, but two weeks ago it came to a very unexpected truce. And the Hollywood actors even decided to do something sweet for each other. “Official truce with @realhughjackman! As a gesture of goodwill, I’m gonna make a beautiful ad for his company, Laughing Man Coffee. Can’t wait!”

One might think that Reynolds had something up his sleeve. The Deadpool actor has been playing pranks on the Wolverine actor for awhile now. Not to mention that Ryan still might have a bitter taste in his mouth after Jackman tricked Reynolds into wearing an ugly Christmas sweater to a regular holiday party.

These assholes told me it was a sweater party. @RealHughJackman #JakeGyllenhaal pic.twitter.com/qGLa2a2o0Z

On Wednesday, Reynolds was excited to share his commercial he made for Jackman’s Laughing Man Coffee company that “cost a million dollars.” “I’ve been working 24/7 on an ad for Hugh’s incredible coffee company Laughing Man and he’s been working hard – 24/7 I imagine – on an Aviation Gin ad so I’m going to go first, let’s roll it,” Reynolds says in the video. I’ll let you experience the hilarious commercials without spoiling it for you.

I’m guessing the truce is officially over after that hilarious troll. The truce didn’t even last two weeks. Let the new prank war between Ryan Reynolds and Hugh Jackman commence.