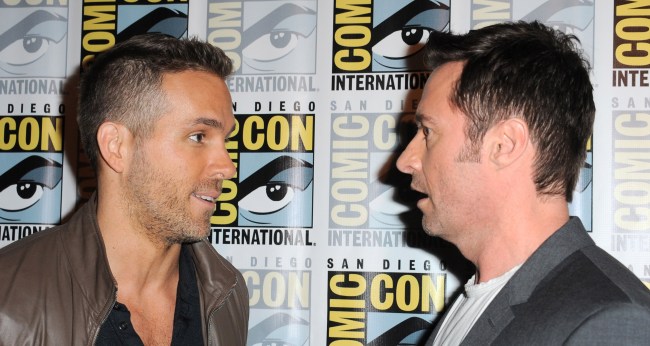 Ryan Reynolds and Hugh Jackman took their troll war to another level this past weekend by once again dragging Reynolds’ co-star in the movie Life, Jake Gyllenhaal, into their nonsense.

Gyllenhaal, who has proven to be almost as silly as Reynolds, especially when the two of them get together, is no stranger to this troll war, as he was Jackman’s accomplice in tricking Reynolds into wearing an ugly Christmas sweater to a regular party (which, of course became a very relatable meme).

This latest Reynolds vs. Jackman go-round was spurred on by the fact that Saturday was National Best Friend Day (yes, it’s a real thing).

Naturally, Reynolds got the ball rolling first, posting a photo of himself and Jackman with the caption, “Happy #BestFriendsDay to Jake Gyllenhaal (Not pictured).”

Jackman, never one to back down from Reynolds’ trolling, fired back with his own Instagram photo of himself with Reynolds, captioning it, “Stage 4 clinger. #bestfriendsday #HiJake.”

Having been drawn into this “feud” once again, Gyllenhaal posted his own photo of himself and Jackman with the caption, “Happy #bestfriendsday to Ryan Reynolds (not pictured).”

Unfortunately for Reynolds, he ended up taking the “L” when his mom Tammy weighed in in the comments, writing on Ryan’s post, “Let’s make that Hugh!”

Responses to her comment did not cut Ryan any slack. 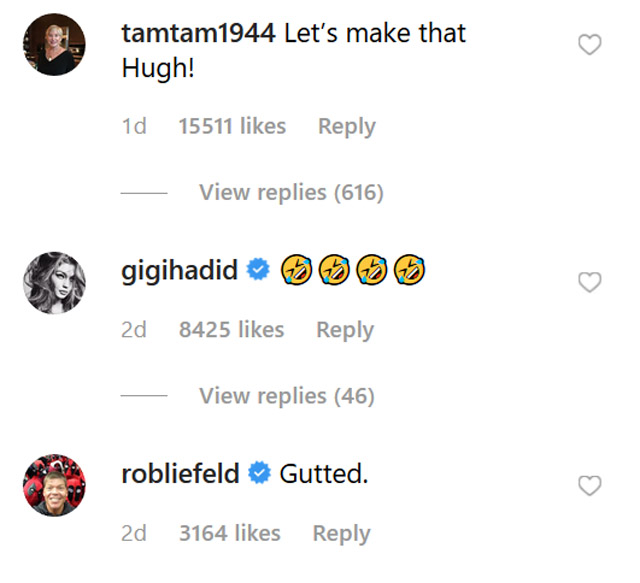 Now we know where he gets it.