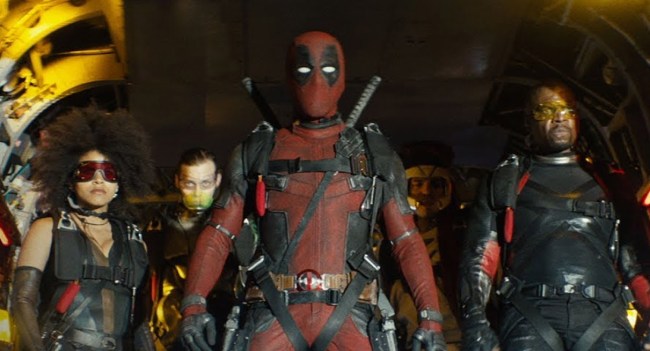 While fans of Deadpool have been sitting, waiting, and wondering just what the heck is going on with the anticipated third film in the franchise, the film’s star Ryan Reynolds is still giving them hope that despite the move to Disney, we haven’t seen the last of The Merc With A Mouth.

There has been some rumors with regard to some potential villains for Deadpool 3, and Reynolds has discussed the process of moving Deadpool over to Marvel Studios, but we’ve yet to get any concrete idea of if and when the film will actually begin production, let alone a potential release date.

Of course, the pandemic hasn’t exactly helped move things alon in this regard, but on Sunday, commenting on Hugh Jackman’s Instagram post about X-Men: Days Of Future Past becoming the first movie to air on Disney+ uncensored, Reynolds teased, “Excited for them to do the same for Deadpool, it’s time children knew.”

Also on Sunday, Reynolds took to Instagram Live to reminisce about the most recent Deadpool film, revealing an unused suit that didn’t make the cut, which scene in the film was actually an homage to Indiana Jones, and mocking his buddy Brad Pitt’s hilarious cameo in which the star was only on camera for a grand total of three seconds.

“More useless information!” Reynolds wrote alongside a photo of the unused constume. “This was almost the suit we went with for DP2. It had additional paneling on the arms, back and legs. But I got cold feet and went back to the original.”

@VancityReynolds More useless information! This was almost the suit we went with for DP2. It had additional paneling on the arms, back and legs. But I got cold feet and went back to the original.
Ryan’s hilarious😂❤️ pic.twitter.com/mfsQbbE0Ld

Reynolds also explained that the scene in Deadpool 2 in which Wade can be seen running from bad guys with his hand on his head is a direct homage to a similar scene in Indiana Jones.

@VancityReynolds Useless fact! This shot from DP2 was an homage to: ➡️ pic.twitter.com/93QWbXnnf8

Also during Reynolds’ trip down memory lane, he went back to his usual trolling ways by cropping Brad Pitt out of a photo while mocking her for his cameo as Vanisher in Deadpool 2.

Reynolds also shared numerous other memories from the film, complete with his usual witty captions.

@VancityReynolds So is dancing. Don’t forget to dance.
❤️🖤 pic.twitter.com/FY9WQAoLZW

@VancityReynolds You might have more piercings than me, but mine posted off my mom more. pic.twitter.com/9KDKmZXzgd

@VancityReynolds I don’t drink beer. But when I don’t, it’s with these two @AlanTudyk #matthewpaigedamon pic.twitter.com/8eeEovKPAH

@VancityReynolds In Celine’s house, you stand however the hell she tells you to stand. #CelineDion @yanismarshall pic.twitter.com/xquKFdm6UH

@VancityReynolds That’s a wrap on today’s edition of Memory Lane.
But he wasn’t done yet😂 pic.twitter.com/zdeWwpSAfU